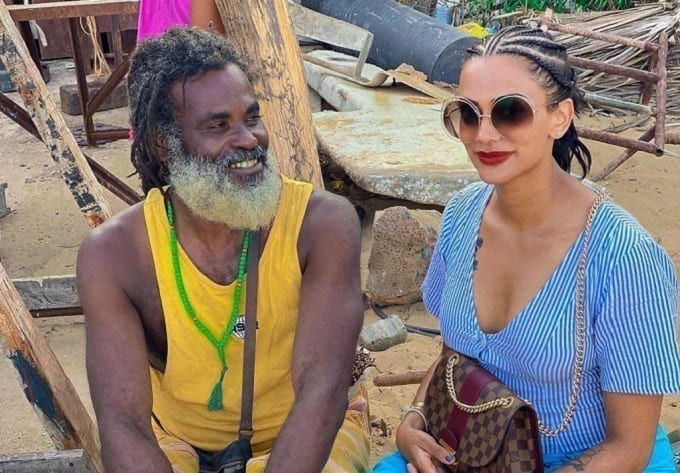 A photo of Lamu-based fisherman Omar Lali and a woman by the name Koko Kamillah went viral the better part of Thursday, January 7, with a section of netizens speculating on the relationship between the two.

Kamillah has since dismissed the speculation making rounds on social media and indicated that he and Lali were “just old friends”.

“So I woke up today to lots of dm’s and Whatsapp messages telling me that I’m trending…(For the wrong reasons) Someone took my pic with my old friend and posted it with totally out of context captions and now I’m just enjoying the show,” she wrote on Instagram.

Lali first came to the limelight in May 2020 following the death of Keroche Heiress Tecra Muigai, who was his lover and fiancee.

Union with a story: The secret lives of Omar Lali and Tecra…

Tecra allegedly fell down a flight of stairs at a private home in Shela, Lamu, where the two were living together.

Autopsy results revealed that she had succumbed to injuries sustained on the left side of her head.

Following the incident, Lali would be arrested pending investigations and only released in July 2020 after the Director of Public Prosecutions (DPP) dropped charges and applied for an open inquest.

Since then, Lali has been laying low until the photo between him and Kamillah went viral, prompting witty comments from social media users.

“Omar lali deserves a honorary award. By the power vested in you by the Boychild constitution, you should consider him Mr. President,” another commented.

“Master Omar Lali at work the only man who can mend a broken heart,” Saleh weighed in.

Kenyan faces life in prison for transporting drugs in Philippines