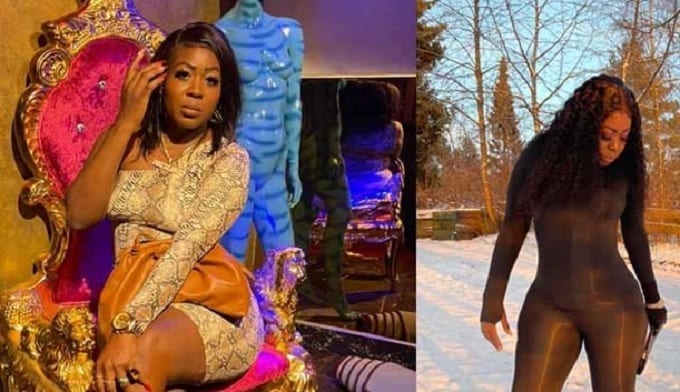 As the Norwegian government sent the country’s capital, Oslo, to another lockdown last Monday, Donnah Obera, a music promoter based there, was at the airport boarding a flight back to Kenya. A single day’s delay would probably mean she wouldn’t get a chance to leave Oslo. As the plane pierced through the skies, she felt a sense of relief, disrupted by a nagging sense of guilt and unease. She was returning home after a harsh year when the entertainment scene from which she makes a living went dead, making life miserable. She left her three children behind, which is her biggest worry now. She wonders how they will survive without her.

Like many promoters, since the Covid-19 pandemic struck early last year, Donnah, the brains behind the Obera X2 Entertainment, has not hosted a single event. Her annual Miss Curvy Curves beauty pageant that had become popular across Europe was canceled. Her international concerts that would feature artistes from across Africa and Europe could not take place either. With no sign of entertainment and hospitality industry getting back on its feet this year, Donnah, who left for Norway more than 10 years ago, and where she has been running a thriving business, threw in the towel and opted to return home for a fresh start.

She says since Covid-19 restrictions were put in place, she never imagined the situation would last as long as it has. “Business was really good, as my events company was recognised among the best across Northern Europe. After hosting grand music events that featured some big names in Africa in 2019, it was clear my company was headed in the right direction, and I looked forward to more business in 2020. But Covid had other plans,” she adds.

Donnah says having achieved most of her business goals in 2019, she had an expansion plan in place by the beginning of last year. She had events lined up back-to-back, across Africa and Europe.

“We were making a lot of money then. Concerts used to be booked to capacity and that means that tickets got sold out. All that is now history, as we have been out of business since the pandemic began. In Norway, there is not a single sign that anything meaningful will take place there this year,” Donnah says.

She says marketing Kenyan talent abroad was what inspired her into the business. “When I started my business, I was inspired by all the talent we have in Norway and in Africa. My goal was to create a platform that would make some of our biggest names in entertainment more accessible,” Donnah says.

Artistes Donnah has hosted in Norway include Sauti Sol, Akothee and Eric Omondi.  Her event business started with hosting musicians for weekend performances in different venues in Oslo.

“When I started, I didn’t need capital, all I had was my network. Apart from the concerts, the weekly gigs have also stopped,” says Donnah.

In 2019, she launched Miss Curvy Curve whose aim was to nurture plus size models.

“My plan was to help women like me who identify with the same issues and insecurities that I do,” she notes.

Donnah who hit the ground running once she landed in Nairobi last week, says she is optimistic the industry will be kinder to her here even as the country continues to observe Covid-19 control measures.

“Establishing the same entertainment activities I undertake in Europe here is not as demanding as it would be elsewhere. With the little savings I am left with, I am coming up with a workable business plan that can yield good returns within a quick turnaround,” she adds.

Donnah says she has already mapped out Nairobi, Kisumu, and Mombasa as the key towns she wants to operate in, and having established links with partners when she was still in Norway, she is confident her plan will work.

“Most of the big artistes I used to fly to Norway are now right next to me and from my research, even with the Covid-19 pandemic situation, I understand entertainment events are viable since people are tired of staying home. From March, I believe the events industry will bounce back here and I am positioning myself for the fresh windfall,” she notes.

If things turn out as planned, Donnah says she has considered the idea of settling back home. “The effects of the pandemic have made me determined to come back home. I’m trying to set up a business locally, it has already been registered, but I will keep my projects abroad even as I focus on the new ones here,” she adds.

With regards to the specificity of the planned ventures, she hinted at a focus on Miss Curvy Curve, whose second season she plans to launch in May. She also spoke about launching a wine brand, a venture she started in Norway three years ago.

“I always wanted to do something that promotes our culture and that brings our people together through music and entertainment. I had ventured into the beauty and fitness business before the pandemic started. These are some of the ideas I am thinking of investing in here. Unlike Norway, business here is still moving as much as the economy has not opened up fully. I can tell you that things are much better here than they are in Oslo,” says Donnah.

According to a 2020 report by PricewaterhouseCoopers, the most notable impact of the pandemic on the entertainment industry is on cinemas, live music and advertising sales.

“The impact on live music is particularly severe for many artistes, venues, clubs, and the industry that sits around that. This is going to take some time to recover from and some elements of this part of the industry may never be the same again,” reads PWC’s report.

Optiven free Dinner in Frankfurt Germany and other events

Can Uhuru Become Our Messiah In The Fight Against Corruption?