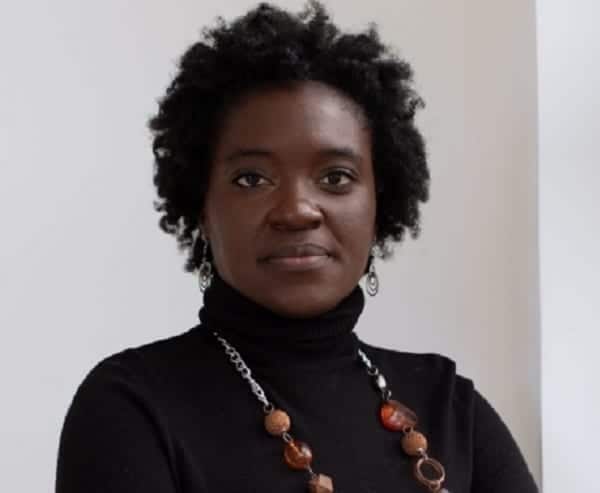 Reading Travelling While Black feels like engaging in a conversation that I have always wanted to have. The foreword bluntly informs you that ‘this is not a travel memoir’ – and rightly so. The book’s 17 essays span a wide range of issues inspired by the author’s individual journeys.

Nyabola, a Kenyan-born writer, speaker and political analyst, raises questions and provides eloquent insight into experiences that people living in the West may sympathize with but are unlikely to ever endure: appalling processes to get a visa, crossing the Mediterranean to seek asylum, or knowing no other home than a refugee camp.

Opening with her first trip to Haiti as a human rights volunteer, the essay ‘M’Pa Blan: I am Not White’ reflects on how the locals called Nyabola white despite being visibly black, because she is not Haitian, had travelled from the United States and was educated – she has a law degree from Harvard. The author finds herself in unexpectedly close proximity to whiteness and its privileges in Haiti, realizing that being black is not the same everywhere.

By contrast, after spending six weeks in Togo and another six in Ghana, Nyabola finds an additional 10 days to explore neighbouring Burkina Faso where at times she goes unnoticed. Filled with a sense of insecurity from reading guidebooks about West African countries, her second essay ‘Travelling While Black’ documents Nyabola’s ‘glorious discovery’ that her morning walks could take place amid regular people carrying on with their day and absorbed in their journeys.

Kenyan born US actress Christine Wawira opens up on…

One recurring theme is the politics of mobility. In ‘Periodic Offering to the Visa Gods’, she calls out the degrading – and costly – process an individual from the Global South must tolerate to be granted a visa. Postcolonial structures are ingrained into every part of the process, and minor mishaps can make the experience even more precarious. This is illustrated with Nyabola’s visa application at a South American embassy in Kenya, where refusing to apologize to a consul cost her a visa. The process reinforces a sense of inferiority, while reaping the financial benefits for the embassy: rejection rates are high, but applicants must pay non-refundable fees upfront.

The consequences of the hostility faced by black and brown people reach a critical point in the chapter ‘The Sea that Eats our Children’, where Nyabola explores the effects of Europe’s cruel policies that make it challenging to migrate to the region in a humane manner. The book’s lengthiest essay opens with the author’s last-minute whim to participate in a conference, hoping to recover a ‘sense of purpose’ after three frustrating years seeking to establish herself as a human rights lawyer in Italy.

Despite the disappointingly abstract nature of the conference discussion, the author sets off ‘to witness one of the most urgent humanitarian crises of the 21st century’. On seeing traumatized refugees arriving at the dock in Sicily, the reality of privilege is clear as she juxtaposes the difficulties she has faced travelling as a tourist from Rome to settle in Palermo to volunteer to help refugees, with Europeans’ ease of volunteering in Kenya – they can even outstay their tourist visas.

Still on the issue of citizenship, in ‘Who Do You Say I Am?’, Nyabola unravels the humiliating similarities between wearing a pass around your neck during the colonial period in Kenya and the system of obtaining citizenship in that country today. The national identity card should be an entitlement for Kenyan adults, but the application process often resembles a convoluted rite of passage of which the author had first-hand experience. In order to confirm her identity, Nyabola had to travel to her late father’s home region to verify her lineage as her mother’s heritage was not enough. In the book’s signature style, the essay paints a broader picture of Kenya full of conditional citizens, including the hundreds of Somalis with Kenyan citizenship, who were detained in a stadium with refugees from Somalia for not having identity cards.

Other essays that stand out include: ‘Africa For Beginners,’ that points out tourism guidebooks were never written for non-white people; and ‘The African Is Not at Home,’ which poses questions on the practicality of Pan-Africanism when xenophobic attacks are rife.

Overall, Travelling While Black is thought-provoking due to Nyabola’s proficiency in taking on conventional wisdom. She rightly reminds readers that the world needs to be seen through the lens of others. Throughout the book, the author constantly questions what she can do and concludes that small acts of resistance can achieve slow but ambitious progress on issues that shape many lives.

Inspirational, thoughtful and informative, the book expertly reminds you that Nyabola is a sister and daughter with her own history and story. She is a writer conscious of the untold or unrecognized stories of black and brown men, women and children whose dehumanizing experiences testify to the legacy of colonialism and other ideological structures that persist.

As a black woman exploring various continents solo, I am a frequent recipient of discrimination, at home and abroad, but I am also privileged. What does travel hold for those who do not have a British passport, an esteemed education and a palatable accent? Despite her difficulties, Nyabola ends with a hopeful call to action: ‘Travel has taught me that a different world is possible and even attainable, and that, even though the beast is large, and its tentacles are long, there are enough of us to do something meaningful towards destroying it.’

VIDEO:Pope Francis falls over as he arrives for Holy Mass in Poland

Word of the Day:Be fearless-God has not given us a spirit of fear