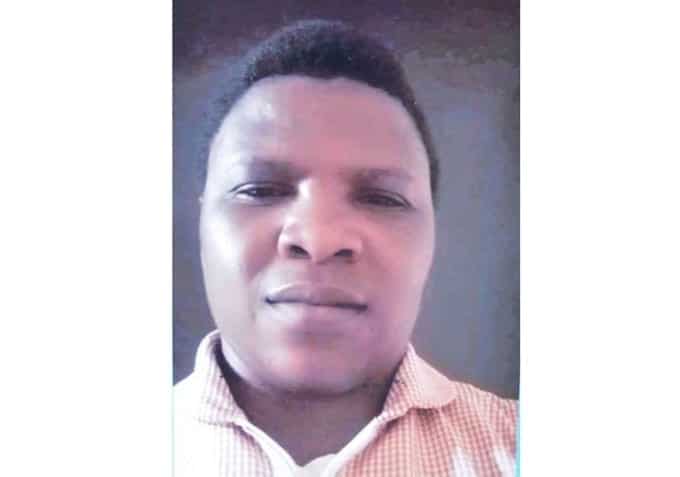 A  Kenyan woman Alice Kagea 41 died in Saudi Arabia in December 2020 and her family in Nakuru is desperately looking for help to bring her body home for burial.

The first thing she asks visitors arriving at her home before acknowledging their greetings is whether they have come with the remains of her daughter.

The collective silence of the visitors, as they gather outside Ms Esther Kasavuli’s home in Gitira Village in Mau Summit, Molo Sub-County, tells all about how the absence of her daughter — the late Alice Kagea, 41 — lies heavily in her heart.

The compound is very quiet, save for a brown hen at the corner of the mud house that is happily cackling after laying an egg.

Every time a car pulls outside her home or a visitor knocks on her gate, she hesitatingly walks out with the hope of receiving the “good news” that her daughter’s body has been airlifted from Saudi Arabia to Kenya.

That is the only news she is interested in hearing. That will make the emotional and psychological pain she is undergoing recede.

Like a slow painful walk of a sick person, her words come out with difficulty, trembling like a leaf as she makes each sentence.

Hers is a social face of grief. She is now “tired” of words of consolation.

“It is useless. Words cannot do justice to what I feel. I do not think I can describe the endless nights and the hours that have passed since I was informed that my sixth-born daughter died in Saudi Arabia on December 26, 2020. My thinking capacity has shut down. All I want to hear is that the body of my daughter is in Kenya,” says the 70-year-old mother.

She continues: “I want to bury her remains, even if it’s only bones, next to her father’s grave. Until I bury her, I will not have peace of mind. I will mourn until I bury her.”

“Why should my daughter die at the peak of her career and leave me grieving? I can’t find sleep without taking sleeping pills at night,” she reveals.

Staring at a coloured portrait of her daughter, she says: “If I knew my daughter was going to an unsafe country, I would have prevailed upon her to drop the trip.”

“She was a lively and jovial daughter. She was disciplined and hardworking.  I will surely miss her hard work. She used to send me money to buy foodstuffs for the family and my grandchildren,” she said painfully.

It has been over one month since Kagea died in Saudi Arabia where she had been working.

“Life has become harder for me. I long for the good old days when she used to call me and we talked and laughed for hours. Images of my daughter appear in my bad dreams. I cry and cry and wonder why she didn’t say goodbye. She didn’t tell me she was going forever. Saudi Arabia, it seems, was her farewell,” said the mother of 11.

Ms Kasavuli revealed that since her daughter died, her health has deteriorated.

“I can’t stand for many hours. I feel like falling any time I think of her. I’m stressed out. I have endless headaches. I have taken many painkillers but the pain persists.”

She said the last time she talked to Kagea was in April 2020 and, three months later, she received an anonymous call informing her that she had been admitted to hospital.

However, on December 28, 2020, she received a call from a travel agent in Nairobi informing her that her daughter had died.

“It is over a month since my daughter died. I am still waiting for her body.  Her phone is not ringing. Nobody is telling me anything. I want to rush out and hold her hands and this darkness in my heart will disappear. I want to experience light again. I want to present a smiling face to all visitors coming to my compound.”

She said her daughter had no history of health problems and was shocked to learn that she had been admitted to a hospital.

“She has never been admitted to hospital since I gave birth to her. This theory that she fell sick and died in a hospital is not convincing to me.

“I am 70 years old now. I am living on borrowed time. I don’t know how much longer I will live. I don’t want to die before burying my daughter,” she says as she sits down to look at us with the earnest sympathetic gaze in her tiny mud house, adding, “that is the only thing I yearn for.”

Ms Kasavuli is pleading with the government to help transport her daughter’s body back home from Saudi Arabia.

“Up to this day no single government official has visited me or called to inform me of the death of my daughter. The agency which facilitated her travel is not helping me either,” she said.

According to Ms Kasavuli, her efforts to follow up on the matter at the Saudi Arabian embassy have proved futile.

Kagea flew to Saudi Arabia in July 2019 in search of greener pastures, and ultimately worked as a house-help and then as a driver before her death.

“We do not know her employer’s name. I only know of a travel agent called Alice. She is the person who informed us of her death through a telephone call. However, she did not tell me what killed my daughter, only saying she died in a hospital in Saudi Arabia where she was admitted for treatment,” Ms Kasavuli told the Nation.

She said her daughter had promised to buy a piece of land and build her a decent house.

“She was my only hope. She had indicated that she will construct for me a decent house after working for two years.”

Ms Jane Kadesa, Kagea’s elder sister, said she was informed of the death on December 28 by her sister Margaret Aliera who is also in Saudi Arabia.

“I can’t explain how I miss her wonderful love. Sadly, I will never experience her overwhelming joy, comforting, honest and compassionate love,” said Ms Kadesa.

“The entire family is stressed. Every day, for the last month, has been a mourning day for the family. We’re urging the government to help us have the body of our daughter transported to Kenya,” said Ms Kadesa.

Kagea’s daughter, Maureen Kasavuli, said all she wants is to give her mother a proper send-off so that she can have peace of mind.

“I’m so disturbed by her mysterious death. I spoke to my mum in June last year and she sounded okay. I greatly miss her incredible love. She promised she would come this year and buy my grandmother a piece of land. She had promised to buy me and my elder brother smartphones. She had also promised to buy my son a bicycle,” said Maureen.

There have been similar cases of Kenyan women dying while working in Saudi Arabia. Some of them have died in mysterious circumstances.

The Kenya government has continuously warned its citizens against travelling to the Middle East countries through unscrupulous employment agencies.

Romour or Truth?:Exclusive apology of Ocampo to Kenyans over ICC 4