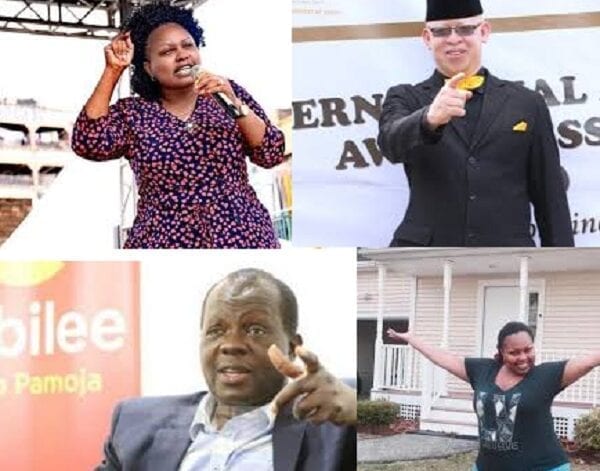 The Political Parties Disputes Tribunal has suspended the decision by Jubilee Party to expel its members who hold nominated positions in the Senate.

The tribunal’s chairperson, Desma Nungo on Tuesday, February 9, directed that the resolution by Jubilee Party be set aside to allow the affected members to get a hearing in court.

Senator Millicent Omanga had said she had not received any official communication from the ruling party.

“Just seen it on the media. I assume it’s true, it’s a stark reminder of the desperation of those who’ve held the party hostage,” she stated on Twitter.

Senators Isaac Mwaura, Millicent Omanga and two others went to the tribunal court on Tuesday to challenge the decision to expel them.

“Pending hearing and determination of this application inter-partes, this tribunal hereby stays any further implementation of Jubilee Party’s decision dated February 8 to expel the applicants from the Party,” an order by the disputes authority read in part.

Nungo directed that the senators’ case be mentioned on February 16 and February 17.

Jubilee Secretary General Raphael Tuju, noted that the party carried out the expulsion in accordance with  Article 7 (2A) of the Party constitution adding that the affected members had a right to appeal the decision.

If the decision to expel the Senators is upheld, the six will lose their seats in the Senate and will be replaced by new members whose names were in the Jubilee nominations list submitted to the IEBC head of the 2017 general election.

Upclose with Millicent Omanga on #WeekendWithBetty