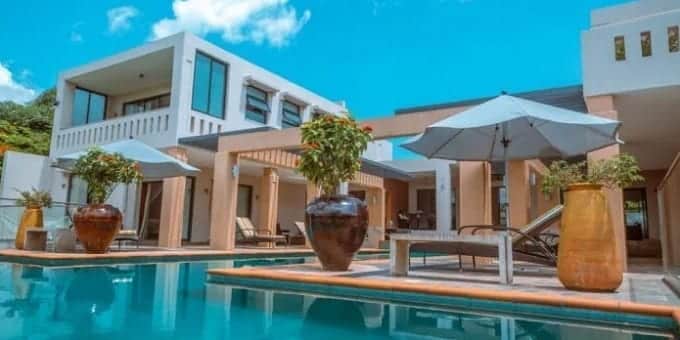 In some of Kenya’s serene locations, the affluent are finding refuge and building prestigious homes where they will live out their sunset years in comfort as well as luxury.

Some of the Kenyan towns are gaining popularity as the tycoons run away from the busy city life.

Below are some of the towns that tycoons are seeking refuge;

Both President Uhuru Kenyatta and his Deputy William Ruto are believed to have their retirement homes in Narok, the home of the world-famous Maasai Mara.

The president allegedly has a 1000-acre piece of land that hosts his retirement home located in Oloolmongi, Lolgoran Ward. He reportedly bought the land from Olerien and Kengani group in 2020.

On December 31, 2020, he gave his annual end of year speech at the ranch where invited guests were not allowed to take photos.

The president neighbours the DP who has a 900-acre ranch in Trans Mara Sub-county.

The DP purchased the ranch previously owned by former Vice President Joseph Murumbi which was left dilapidated following his death in 1990.

The County is gaining popularity in terms of retirement homes built by former politicians, civil servants and business moguls.

It could be a preferred area because it’s easy to access the capital, Nairobi, which has grown in terms of infrastructure and the presence of many tourist attraction sites.

In his sunset days, the late president Daniel Arap Moi spent time at his posh Kabarnet Gardens residence in Kabarak. He lived in opulence and was one of the most protected Kenyans.

Following his retirement, former Chief Justice David Maraga also revealed that he would leave Nairobi to retire in the lakeside town.

“I plan to retire here in Nakuru where I practiced law for 25 years before I became a judge…Nakuru has a special place in my heart,” he explained.

located in the outskirts of Nakuru town.

The newly-built houses in Vipingo, Kilifi County, have attracted rich aspiring homeowners, with its collection of new and upcoming high-end residential buildings.

The houses are surrounded by golf and leisure activities, which make it more suitable to the tycoons. Already, Kenyan Billionaire Dr. Chris Kirubi has purchased a villa in the area.

Multi-millionaire and former President Daniel arap Moi’s Private Secretary Joshua Kulei is also alleged to have his home in the area.

These are towns of interest to wealthy tycoons especially because of the warm weather which many doctors recommend for people in advanced age.

Malindi, for example, is home to Billionaires Resort, a luxury serviced apartment hotel, commoned by high-end travellers which is also the retirement home of former Formula One star Flavio Briatoire.

A report by Knight Frank, a London-based real estate consultant revealed that Kenya is among the top-five most popular second home locations for the wealthiest people in Africa, especially in Coastal regions.

In his sunset days, the late politician Kenneth Matiba is said to have been residing at his Diani beach cottage in his sunset years.

Word of the Day:Find it in yourself to do your level best.

My struggles settling in the US: Choice of Working in group homes