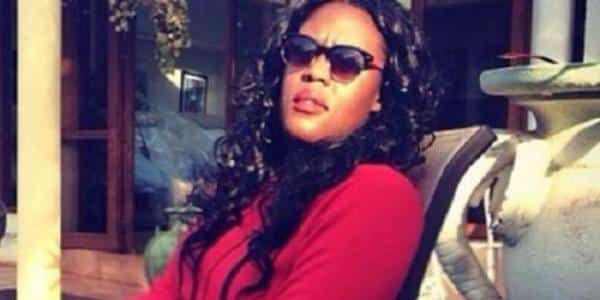 Winnie Odinga has opened up on how she once moved out of her parents’ home ‘like a thief’.

“I am an independent person. I came from living in America where I had the freedom to do what I wanted to do at any given time,” she told Radio Jambo presenter Massawe Japanni.

“I come back home and mum says I can’t go out, she questions the time I wake up. So I left like a thief, I left at night.”

That move left her barely on talking terms with her parents, Winnie adds, and thus she had to turn to his late brother Fidel to pay her fees as she planned to pursue a Masters degree at the United States International University (USIU).

Only for Fidel to pass on before her enrollment date.

“I didn’t have money, so I went to Fidel, and he agreed to pay the school fees. I was to join the school in the second week of January but unfortunately, he died on January 4th”

Fidel, the firstborn of Raila and Ida died suddenly on his bed on January 4, 2015. The cause of his death is yet to be made public.

Following her brother’s demise, she turned to her sister Rosemary who agreed to pay for her fees.

“More than anything, after Fidel’s death I was wondering what I would do next. Dad would insist I go back abroad and study there,” she added.

Rosemary also had her own children and when Winnie realized she was burdening her sister she turned to her mother who agreed to cater for her school fees. She also started doing photography work to pay for her bills.

According to Winnie, she could not have asked her father to help with the fees because she had refused to go back abroad to study as he had wanted.

But she has since mended fences with her parents, and is now considered the heir apparent to his dad on the political front.