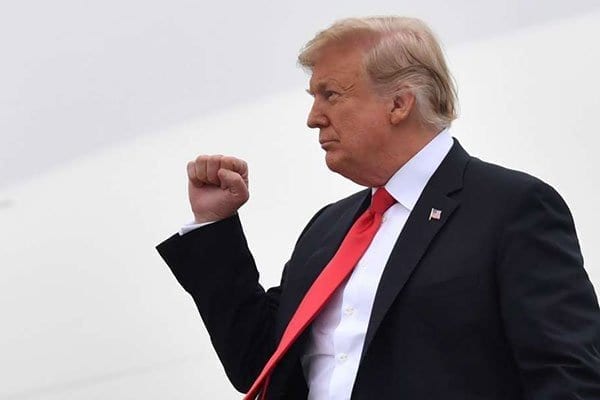 Former US President Donald Trump is planning a return to social media in a big way  and on his own platform. Speaking to Fox News, Trump’s long time advisor and spokesperson for his 2020 campaigns Jason Miller said the former President would be back in two or three months.

According to Miller, Trump’s new platform is set to attract tens of millions of followers and will “redefine the game.”

“This is something that I think will be the hottest ticket in social media,” Miller said. “It’s going to completely redefine the game, and everybody is going to be waiting and watching to see what President Trump does, but it will be his own platform.”
Related Posts
NEWS

He added that Trump had been approached by a number of companies and was already in talks with teams for the development of the platform.
“This new platform is going to be big,” Miller said on Sunday. “Everyone wants him and he’s going to bring millions and millions — tens of millions — to this platform.”
Trump was suspended from multiple social media platforms after allegedly inciting a group of protesters who who stormed the Capitol Hill, resulting in the death of five people. Throughout his reign, Trump used Twitter heavily for official and unofficial purposes.
Trump was permanently banned from the network after repeatedly tweeting about the outcome of the 2020 campaigns. His tweets were repeatedly flagged for being fake and inciting to followers.