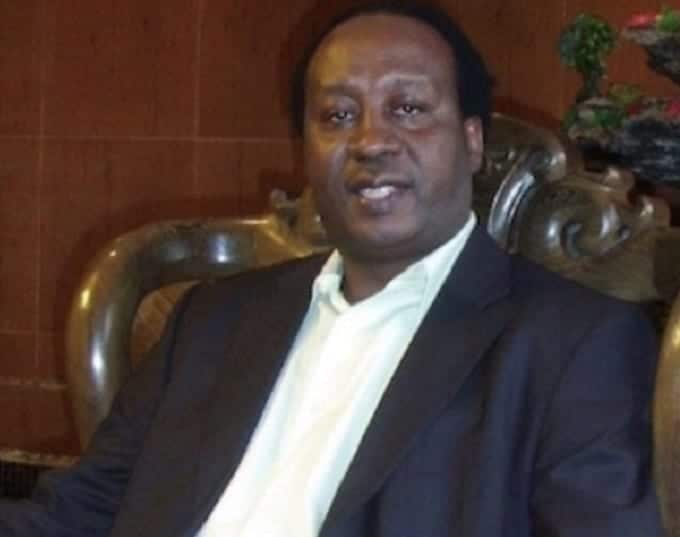 When Mungai Mutonya woke up on Dec. 10, 2020, he thought he was the target of a practical joke. “Everybody was saying ‘Congratulations, congratulations’…I thought it was a well-choreographed prank…In my family we have some pranksters.”

Mutonya, a professor in African and African American studies, was recognized as one of the Top 100 Kenyans in 2020 by Kenyans.co.ke, a top news publication, for his sociolinguistic research and transcontinental community-building. Hours of sustained praise eventually cemented the legitimacy of this honor, though Mutonya remained shocked––he had simply been fulfilling the legacy of his parents.

Mutonya gushed over his birthplace in Thika, Kenya, a rural area near Mount Kenya that thrives on coffee and tea production. As one of 13 children, Mutonya spent his childhood picking coffee and tea and attending primary school. At the age of 12, he tested into a boarding school 200 miles away from Thika, where only three other students spoke his mother tongue of Gikuyu. “It was a different culture, a different ethnic group. I had to quickly learn Swahili and English to be able to get along…I became intrigued by language because I couldn’t understand how everyone in Kenya didn’t speak my language!”

Relocating once more for secondary school solidified Mutonaya’s affinity for linguistics, and he subsequently picked up majors in Swahili, political science and African literature at the University of Nairobi. “In Kenya, you have to speak a minimum of three languages to get around,” Mutonya professed. He can now confidently switch between Swahili, Gikuyu, Bukusu, Sheng and English.

Despite completing his master’s to teach at his alma mater, Mutonya sought another degree. “In my dreams, I wanted to be a university professor, to earn a Ph.D.” In his childhood, Mutonya’s parents placed a heavy emphasis on education: His father was unable to pursue a higher education under British colonial rule, and strict gender laws prohibited his mother from attending school.

“They grew up with this hunger for education…and instilled it in us….We studied and we enjoyed it…We tried to get what [my parents] couldn’t get.”

Mutonya began applying to Ph.D. programs “left, right and center”––from Australia to Europe to the U.S., where he eventually landed at Michigan State University. Upon his arrival, Mutonya was greeted by Michigan’s worst snowstorm in 40 years. The extreme culture shock of unfamiliar foods and customs was exacerbated by a slight language barrier, though Mutonya credited his past boarding school experiences for allowing him to successfully acclimate.

After earning his Ph.D., Mutonya accepted an offer from Washington University to teach Swahili and captain the Kenyan Summer Program, though he anticipated spending no more than two years in St. Louis. Twenty years later, Mutonya has stuck around: “I just fell in love.”

Mutonya, whose students call him “Mwalimu,” or teacher in Swahili, offers a range of courses in the African American Studies department, from 400-level Swahili literature to explorations of African linguistics, though Beginning Swahili I is very special to him. “Students will come to my class not knowing a word of the language, and in a year or two…some of them will go to win national scholarships.”

Regardless of his shifting course offerings, Mutonya is always pursuing his sociolinguistic research. Africa is an incredibly rich locale for language studies, Mutonya prefaced, explaining “there are over 2,000 languages” spoken across the continent, and “for a country like Kenya…the size of Texas…we have 60 languages,” he said.

Mutonya is currently focused on the emerging language of Sheng in Nairobi, which was developed and popularized by the city’s youth. “It’s a hybrid language which borrows from all the 60 languages of Kenya” that began as a playful way for children to temper parental supervision and is “now a language of the city” used by politicians, advertisers and rap artists. It “very well soon might be the language of the nation.” Mutonya’s research is focused on how marginalized groups can use words to establish an identity and empower themselves––he has engaged in extensive fieldwork in Nairobi, immersing himself in the city’s impoverished communities, to investigate the powerful sway of language.

Spending most of his summers in Kenya, Mutonya tries to gather as much data as he can. When researching Sheng, his process begins by “embedding with members of local organizations…aimed at convincing the homeless to abandon streetlife,” followed by long stretches spent on the streets and in rehabs, “listening to their lingo and asking questions” and “establishing networks of potential respondents.” Regardless of his research project, Mutonya places emphasis on developing a rapport with his correspondents “that allows them to speak naturally.”

For 20 years, his network of connections in Kenya has provided students with a fully immersive four-week study abroad experience, who talk with Kenyan professors, politicians and young people and engage in community-building initiatives, like constructing libraries.

When he’s not working with students, Mutonya is probably writing. He began putting together Swahili plays while teaching high school in Kenya, and the passion has remained within him. “I find myself waking up in the morning just to write,” he said. He has since transitioned to writing children’s books in Swahili, spreading the language to his nephews, nieces and other immigrant children that are growing up in St. Louis. In 2019, Mutonya was recognized for one of his short stories and received an invitation to attend Goethe Institute’s International Swahili workshop in Tanzania.

Mutonya’s lineup of well-deserved honors was recently extended in May 2020, with a fellowship awarded by the Carnegie African Diaspora Program & International Institute of Education. Broadly, Mutonya envisions a “sustainable and universally beneficial” partnership between Wash. U. and the University of Nairobi. This project is something he had always dreamed of, “building that bridge between my alma mater and Wash. U.” to function as an augmented version of the Kenya study-abroad program, “with the potential for research partnerships and collaboration between students.” The University of Nairobi, Wash. U. and Carnegie African Diaspora are “three names that can open so many doors,” and Mutonya hopes to begin fostering that collaboration in Kenya this summer.

Mutonya modestly provided further context for his achievement as a top 100 Kenyan. He is devout to Thika and the Kenyan community in St. Louis, and recently rendered services to many organizations during the early COVID-19 lockdown, including “Swahili translations for Missouri Public Health Department…COVID-19 and Census 2020 information videos in Swahili, plus a Swahili mental health awareness website.” Yet, he doesn’t consider his work to be service. From his youth, Mutonya’s parents instilled principles of generosity and reciprocity “My mom used to say ‘good deeds should be done with intention but not for attention.’”

He has been working to establish a resource and career center in his rural community, to help mitigate the pervasiveness of alcoholism, early pregnancy and unemployment; currently, the closest library is 40 miles away. Mutonya didn’t think that anyone around him noticed his service, or at least regarded it as unique.

“It took me a long time,” he said, to process the honor, having been listed alongside famous politicians, authors, and athletes.

Mutonya expressed reluctance over discussing the award in great depth. “My mom would not have allowed me,” he laughed. “She would say…do good things, then move on!”

I am not a magician, says CJ Mutunga

London terror suspect had been detained in Kenya