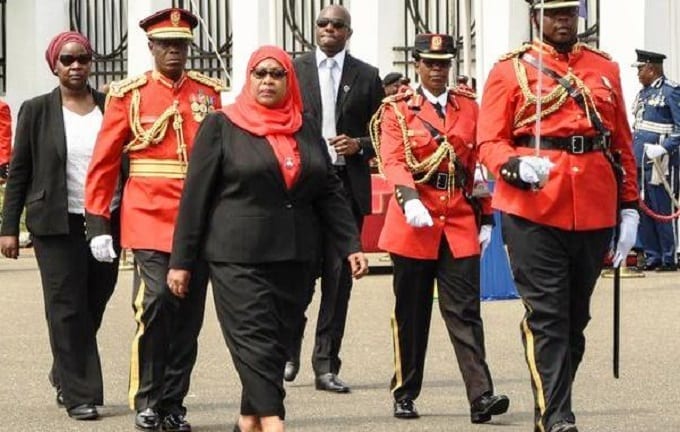 Tanzania’s new President Samia Suluhu Hassan seems to be following in the footsteps of her predecessor the late John Pombe Magufuli.

On Saturday, the Head of State suspended the Director-General of Tanzania Ports Authority (TPA) Deusdedit Kakoko, barely a week after assuming office.

She announced the suspension after the institution was adversely mentioned in shady dealings in the report of the Controller and Auditor General (CAG).

President Hassan announced the suspension when receiving the CAG’s audit reports for the financial year 2019/20 at State House in Dodoma.

She observed she had seen massive embezzlement of funds at TPA and ordered the Prevention and Combating of Corruption Bureau (PCCB) to take up the task as a matter of urgency.

At one point, President Hassan said Prime Minister Kassim Majaliwa had formed a committee to probe what had been happening at the port and some action was taken.

“But from the report that you submitted to me yesterday, at least TSh3.6 billion had been embezzled at TPA…..When the Prime Minister conducted a probe, we only managed to fire junior staff. I now order the suspension of TPA Director-General to pave way for investigations into the embezzlement,” she said.

In December last year, Majaliwa suspended two officials of TPA to pave the way for investigations over accusations of embezzlement of public funds.

The suspended officials were the Finance director Nuru Mhando, and the Financial Expenditures manager Witness Mahela.

President Hassan has meanwhile warned that stern action will be taken against heads of other public entities, including Air Tanzania Company Limited (ATCL) that had been adversely mentioned in the CAG’s report.

President Hassan took over the presidency following the death of Magufuli who was buried in his hometown of Chato on Friday.