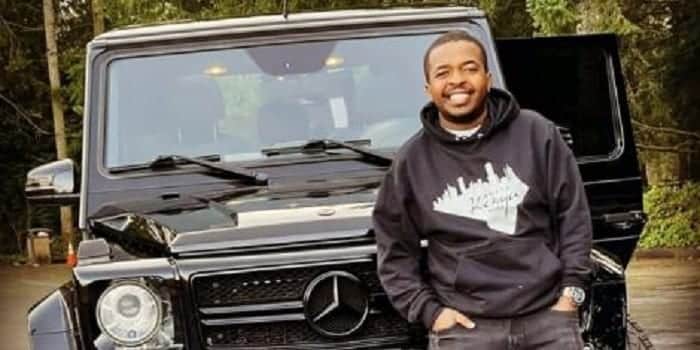 In 2016, award-winning radio presenter Lawrence Thuku relocated to the US after his family and friends warned him that he and other journalists were in danger.

Media personalities across the country were then protesting against threats and intimidation directed towards journalists, who were agitating for freedom of the press.

The former Biblia Husema Broadcasting presenter had travelled to the US for a talk show and speaking engagement but he was forced to cut his trip short and seek refuge in the US after being cautioned against returning home.

The 2011 Radio Presenter of the Year applied for asylum and sought shelter at a cousin’s house in Seattle where he started doing menial jobs. He later landed a job as a caregiver at an adult family home.

Trying a new venture was challenging for the celebrated journalist as the home closed shop after a while rendering him jobless. However, he got another caregiver job at Family Resource Home Care.

“I believe I have adjusted well; I’ve always been willing to take on new challenges. Now my work involves being important in one person’s life,” the former Truth FM station manager then said.

While in Seattle, he won the Platinum Caregiver of the Month with the then Regional Manager Clare McKannay saying that, “He sincerely cares for his client. He is reliable, flexible, kind and compassionate. He improves the quality of his client’s life and brings him respect and dignity.”

A few years later, after saving and raising enough funds, Thuku launched a fashion business that is thriving in the US. The clothesline dubbed Lence Apparel is aligned with the Kenyan and African culture.

“It represents most stories of the African people. The story of hard work, resilience and never giving up. In the end, we are Africans and we are proud of where we were born and our origin,” he told a local daily.

Some of the designs include the Kenyan shield, Nairobi’s skyline and Kenyan map. The business which can also be accessed online hopes to expand to the Kenyan market.

Thuku, however, still has a passion for the media as he has continued providing a voice for radio and TV commercials, documentaries, sports broadcasts, movie trailers and animated movies.

He once served as a sports announcer at Zuku Sports and Azam Media Ltd for almost one year between June 2015 and May 2016.