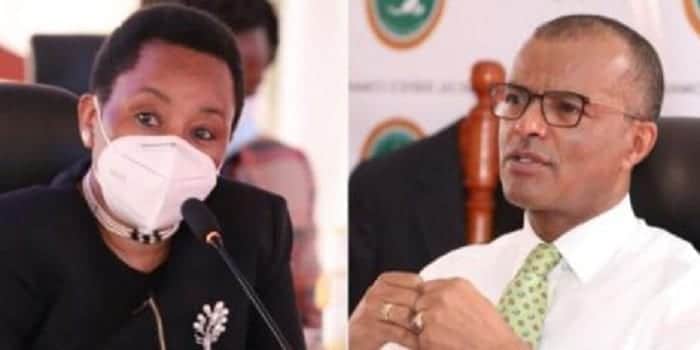 Senior Counsel Philip Murgor on Friday, April 16, appeared before the Judicial Service Commission (JSC) to be interviewed for the position of Chief Justice.

Some of his responses during the interview sparked debate online with one instance that caught the attention of many was when he stated that 1. he would be fine if he was not appointed Chief Justice and that he was only out to serve the country.

“I will not do anything to get this job. It is not a job that I need to have. It is just that I want to offer my services to the public,” he told the panel.

Earlier, Murgor had tried to have Mwilu barred from being part of the interview panel claiming bias, a request which was denied by the JSC.

At one point during the interview, the acting CJ sought answers specific to her questions prompting  Murgor to defended himself from the interruptions.

“Madam, I will answer your question in the way I see fit,” he replied upon the DCJ asking him to clarify on an answer.

At one moment, Murgor, who is a former Director of Public Prosecution did not understand the question presented to him by Mwilu and went on to express his confusion.

Murgor declined to give his views on specific topics addressed by the panel. Judge Warsame asked him for his opinion on what he would do if Parliament impeached him.

Judge David Majanja questioned the Senior Counsel on a case he had prosecuted in 1990 where the victim claimed to have been tortured.

Murgor responded that he was a professional and was only doing his job as a prosecutor.

“A man is his history and we shall judge you accordingly. Thank you,” Judge Majanja stated.

The Senior Counsel also took a shot at the JSC commissioners questioning where they were when former Chief Justice David Maraga addressed the media alone on the issue of 41 judges.

During the interview, Murgor stated that Maraga should not have been alone on the steps of the Supreme Court when he addressed the President on the matter.

Instead, Murgor said, Maraga should have been surrounded by his fellow JSC commissioners.

Murgor also addressed a complaint by LSK president Nelson Havi which he stated had no merits.

“This complaint is from Nelson Havi, he has no information nor understanding of what happened. All that he was trying to do was to try and embarrass me,” he stated.

At the end of the interview he even acknowledged fellow applicant Judge Martha Koome would make a good chief justice adding that the panel had conducted the interviews in a patient and professional manner.

“It’s a misplaced question, ask it another way maybe i will give you the answer”, Murgor to Majanja