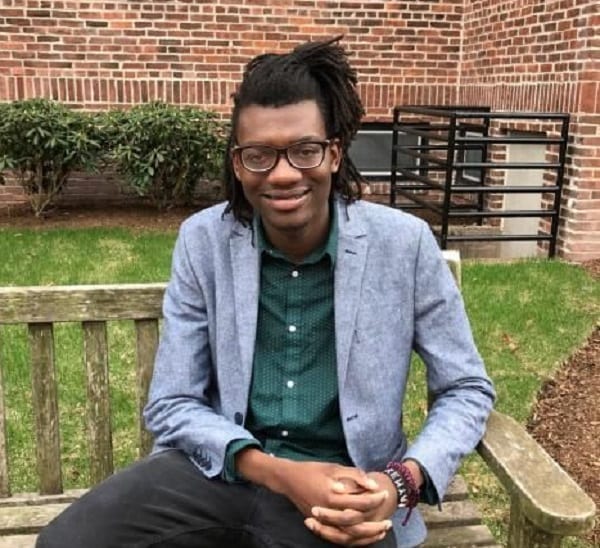 Kenyan youth and entrepreneur Tom Osborn has done a lot for society since he graduated from Harvard University which is regarded as one of the best institutions in the world.

In a special feature contained in The Harvard Gazette, Osborn, who graduated in Spring of 2020, revealed that his journey to the top was not at all easy, and at some point, he worked as a DJ at the institution.

Before his admission to the institution though, Osborn was named one of Forbes Magazine’s top 30 under 30 social entrepreneurs.

“I grew up in a small farming village where the emphasis was on everyone doing something to help the community and each other,” he told the Gazette at the time.

He founded a company while still in high school, which was aimed at providing a clean fuel alternative for cookstoves.

He was motivated to develop clean energy after his mother had fallen ill with a respiratory infection caused by burning wood particles.

He developed the stove which transforms sugar cane waste from village farms into clean, burning fuel.

When he joined his sophomore year at the lucrative university, his brother who worked in Ethiopia and Somalia underwent emotional issues.

That triggered him to try finding ways to increase mental health awareness across the continent, prompting him to enroll in a psychology class.

With the help of his professors, he developed a project which aims at providing a group therapy model for high school students.

During his stay at the Havard institution, Osborn tried his hand at several fields including hosting a stand-up comedy event and mentoring international students.

He also worked as a DJ at some of the campus events and led the Africa Business and Investment Club.

“I came to Harvard with an open mind as it’s a place to experiment and try new things, and I tried whatever I possibly could,” he stated.

In March, Osborn was among the three Kenyans who were chosen to join TED Fellowship Programme.

Medical & Bereavement Fund for Annastasia Kioni of Indianapolis, IN