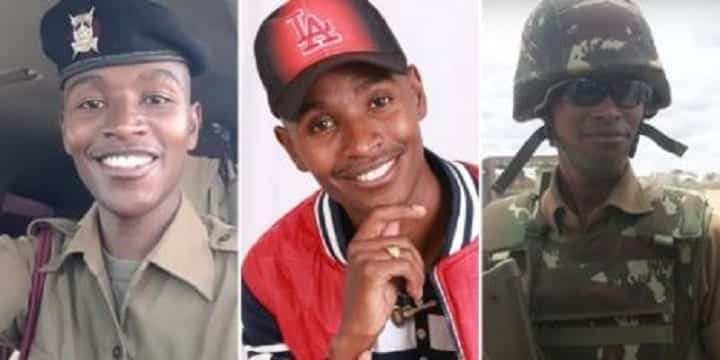 Popular vernacular musician Samuel Muchoki who is popularly known as Samidoh has spoken for the first time about how he was expelled from the National Youth Service (NYS) which makes up part of the disciplined services in Kenya.

During a recent interview with Daniel ‘Churchill’ Ndambuki, Samidoh stated that he was expelled for sneaking out of the NYS Training School in Gilgil.

“I jumped out of the fence to participate in an Administration Police recruitment drive in Ol Joro Orok, Nyandarua County.

“Unfortunately I was not selected to join and had to go back to NYS. I found out they had already noticed my disappearance but they did not make a big deal out of it, I was just expelled,” the musician explained.

He was forced to go back home and look for employment at a flower farm with the assistance of the local District Commissioner.

Luckily for Samidoh, he was computer savvy and was appointed a data entry clerk and used the money to enrol for a diploma course.

His dream of joining the disciplined services was still burning in him and after some time, tried his luck in the Kenya Defence Forces recruitment drive but was rejected due to his slender physical appearance.

It was only after his third attempt the musician was selected to join the Administration Police service where he has been serving until today.

In a past interview, he revealed that despite the fame and success that music brought him, he continues to serve in the police service as a reminder of his humble beginnings.

His first operation was at Eastleigh, Nairobi after which he was posted to Mpeketoni in Lamu, County.

Speaking about his recent scandal with Nairobi politician Karen Nyamu, Samidoh said that he had to own up to his own mistakes.

He added that his wife of 10 years helped him overcome the tough times through prayer.

“I had to own up to my mistakes so I could start healing. I would have pretended that I don’t care but deep down I felt I needed to do the right thing.

VIDEO: Kenyan Woman In Finland Veberly Attacked For Being Black

Miraa to be chewed from 5pm to 10pm, says Nacada