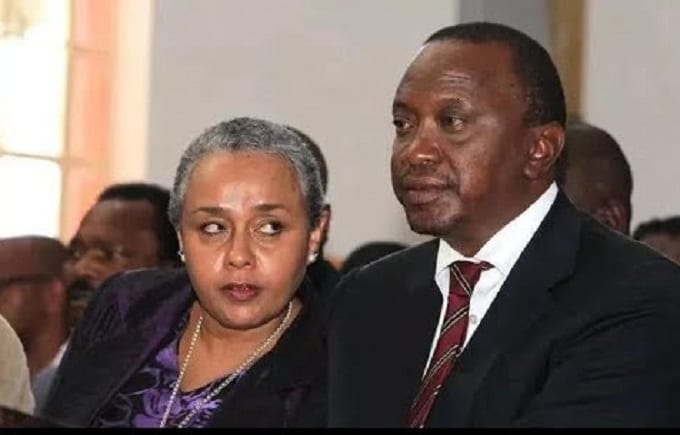 A video of President Uhuru Kenyatta complaining about his job at a family function has emerged.

The video was taken as President Uhuru was attending a private funeral service for one of his nieces, Yvonne Muthoni, in December 2020.

He recalled his younger days when he would holiday with his fallen niece together, his children – adding that he no longer had the opportunity after he became a politician – a career he described as “useless”.

“The most telling moment was when this unfortunate incident happened and how it touched in a very intense way every single one of our 5 remaining siblings.

“The love they had for each other, the care, the wonderful times that we shared as a family. Many many holidays we spent together before I got into this useless world of politics,” the head of state stated as the crowd laughed.

The president was speaking on behalf of the departed’s uncles and aunt’s, reminiscing on the good moments that they had before her death. Muthoni was the daughter to First Lady Margaret Kenyatta’s sister, Gabriela Gakuo.

It is not the first time the president has admitted missing his private life away before his entry into Kenyan politics.

In a previous interview on Churchill show, the president noted that he would go into entertainment joints without people noticing him.

“I would be sitting here getting my drink and nobody would be noticing me,” he told comedian Churchill during a past interview.

While vying for the Presidency in 2002, one of the criticism that Uhuru faced was that he was an unwilling project by then Daniel arap Moi.

Moi was said to have pushed him out of the quiet business world into the murky world of politics.

On a number of occasions, the president has broken from the presidential norms of heavy security and uptightness to enjoy some of the freedoms ordinary Kenyans often take for granted.

Some of the activities that he has enjoyed include driving himself and taking walks.