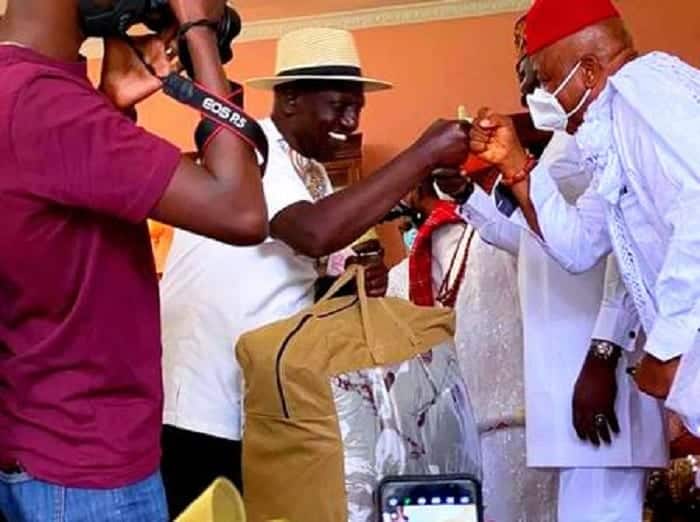 PHOTOS: Deputy President William Ruto hosted a colourful engagement ceremony for his daughter June Ruto at his posh Karen residence on Saturday, May 8. The event was attended by the high and mighty in the country as the DP’s Nigerian in-laws visited the second in command’s home for dowry negotiations popularly referred to as ‘koito’ in Nandi dialect.

The DP’s in-laws graced the pure engagement party in dazzling white long African attires matched with hats made of Ankaras. It appears the groom’s entourage wore similar colour as the groom making them more conspicuous in the gathering. 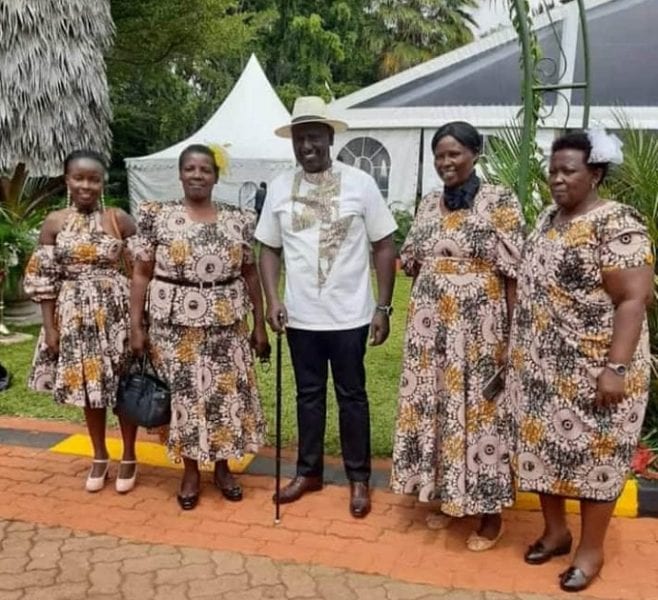 While most people tend to incorporate a mix of Ankara/vitenge and designer clothes or suits, this event paid homage to African fashion.

The DP wore a cream shirt imprinted on the front side with an African piece matching the dresses wore by the women from his clan.

On top of the stunning look, the DP had a walking stick to give him the elder-kingly look. The women also wore matching Ankaras but made of different designs and length, each suiting each woman’s body figure and features.

Ruto’s camp has solid friends who are always with him in good and bad times. His political friends showed up looking like the rich ogas we see in Nigerian movies. Among them include Soy lawmaker Caleb Kositant who showed up rocking a maroon West African made attire from head to toe. He also carried his walking stick to add to his expensive look and status.

The host was pleased to accept gifts on behalf of his family. While the family followed the COVID-19 safety protocols, the groom could not resist fist-bumping his father-in-law to be.

The man named Alex Ezenagu reportedly also comes from a well to do family and is a tycoon in his own right. 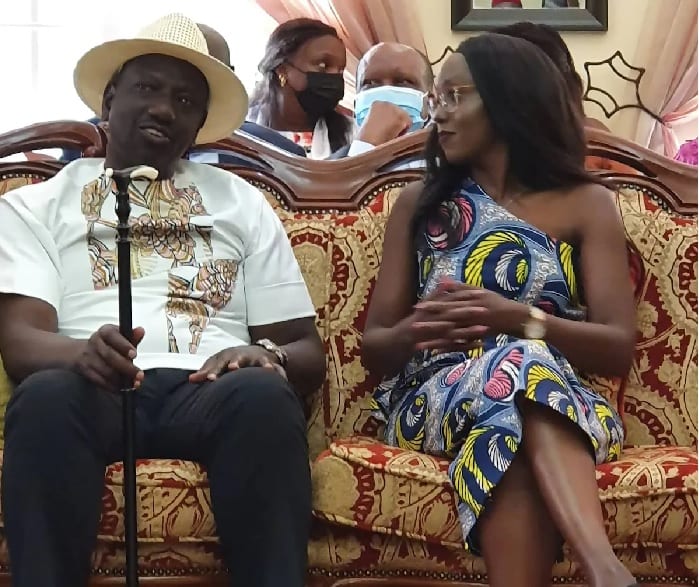 The main lady of the event looked stunning in an off-shoulder dress, also made of mixed but complimenting colours.

She was snapped sitting next to her politician dad, smiling at him. 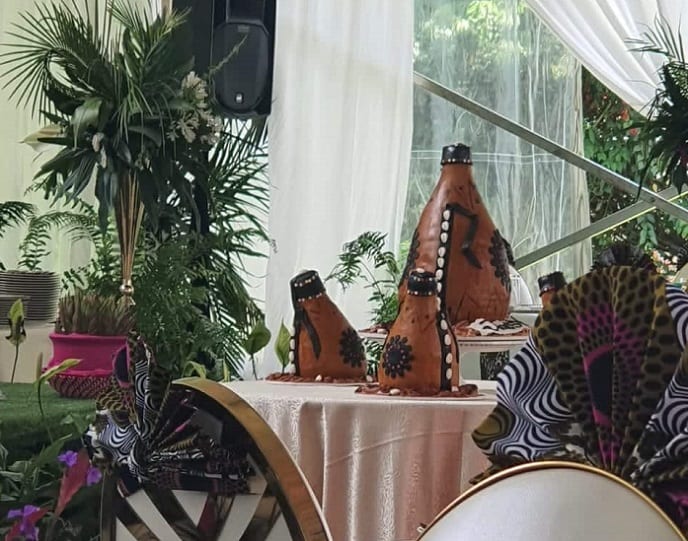 There is no party that ends without a cake. The DP treated his in-laws to be to a huge cake shaped like sotet (gourd) which is used to keep murskik ( traditional fermented milk common in the Kalenjin community). They were in different sizes from huge to small and set on different tables. 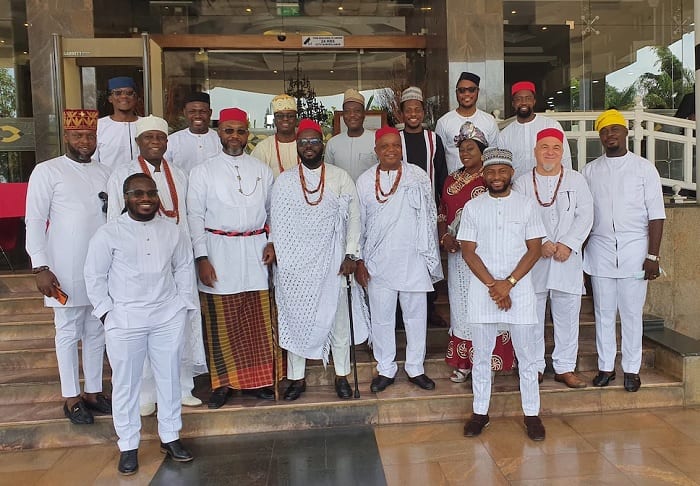 Ruto’s Nigerian in-laws were captured posing for a group photo. They were dressed in matching white outfits and black shoes. We can only wish them well and welcome them to Kenya as they bring their rich culture.