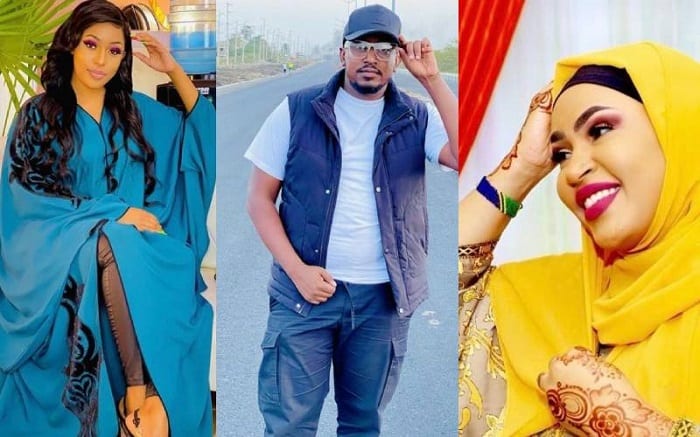 The ripple effect, Jimal’s first wife, Amira, who initially led a low key life was thrown into the limelight.

You would think this would make Amira retreat into a shell but no, she has fully embraced what comes with publicity.

Speaking to Massawe Japanni on Radio Jambo, Amira disclosed that she too had learnt of her husband’s new relationship with the socialite on social media.

She further added that she has still not accepted and will never accept Amber as her co-wife because she was not involved in the decision to have her married to her husband.

Amira: Kila mtu ni mtu mzima na Mimi the only control I have is over my life, watoto wangu na biashara zangu. Watu wawili they decide what they want to do. It was his own decision. According to religion, ukiwa unaoa mke wa pili unafaa umjulishe mke wa kwanza. So ni kitu hujaambiwa anaenda kuuoa so kwangu sikuichukulia kama sawa, sio sawa kwangu na haitakuwa sawa.

Amira further disclosed that she has not and will not talk to Amber despite them being neighbors early on.

Amira: I am good with people and I am good with my neighbors and the people around me. I was doing the same thing with her as a neighbor so I wont say alikuwa rafiki yangu. Alikuwa tu acquaintance. Ata siwezi kumsemesha.

Amira describes herself as the Ambassador of Positivity and revealed that in as much she has been pushed to voice her opinion on social media, she will remain positive.