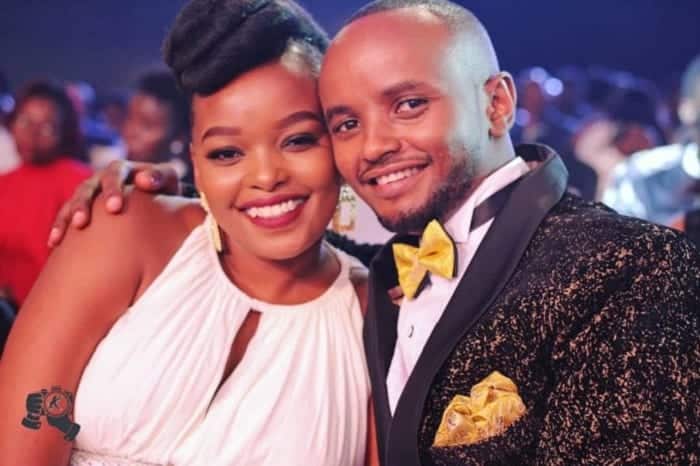 The name Kabi WaJesus is many things to Kenyans. He is a comedian, gospel artist who was featured on the hit song ‘thitima’ alongside Kaymo-and last but not least-a YouTuber. Naughty but bright are the words his mother uses to describe a young Kabi. It should be noted that he came from a humble background and always accredits his success to God.

Family
The YouTuber is married to the beautiful Milly Kabi. The two have been an internet sensation thanks to their chemistry. The award winning couple met almost a decade ago but started dating in 2014.

Kabi proposed on national TV in an emotional affair. They went ahead to have a wonderful traditional wedding, ‘ruracio’, which was termed one of the best in 2017. This was followed by a lavish wedding ceremony in December the same year.

The Wicked Edition: Kabi and Milly talk about their…

The couple announced their pregnancy in a touching 10min video that documented their journey as a couple. Baby Reign Taji Kaby was born months later.

Career
Peter jointly runs Bantu films with his wife Milly. It is a production company that he started after college. They have disproved the popular preconception that it is difficult for couples to work together as they’ve been doing it since 2016.

Kabi is a talented photographer and videographer. The camera and filming is his main domain. Milly on the other hand takes care of the commercial aspect of the business. She also dresses their clients due to her great fashion sense. The even-tempered Milly often calms her husband when his temper gets out of hand while dealing with the crew.

They both believe that working together is wonderful. Milly believes that it is not about changing their interests but merging them to form a wonderful business.

The lovebirds also run a YouTube vlog which has over 180k subscribers and 16M channel views. The vlog is growing by day and isn’t showing signs of stopping soon. They mainly post about their family, interests, friends, dates and travels.

Siring a child out of wedlock

Reports that Kabi wa Jesus had sired a child with his cousin dented his otherwise mr. clean image. The vlogger denied that he had fathered the 7 year old saying the scandalous allegations were meant to tarnish his brand. Well, a DNA test proved that he his father and he released a report confirming paternity and vowed to take care of his daughter.

VIDEO: Our Kenyan behavior that ticks me off-The line cutter

Funny:Masai Man stops bus just to beg for a MATCHBOX