Respect a man who can heal a heart he didn't break - Bayo. 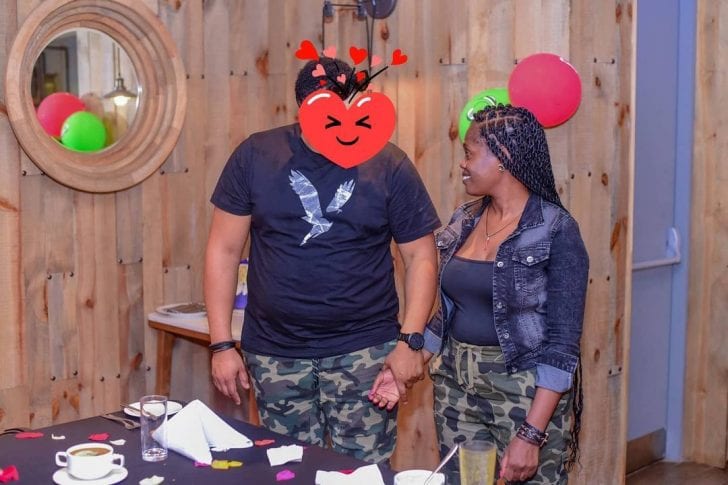 On Wednesday, Ms Bayo took to her social media pages, to share photos rocking matching outfits with her new man with a hashtag that says she is in love.

She also accompanied her photos with a caption that says: “Respect a man who can heal a heart he didn’t break and raise a child he didn’t make.😘 .something cooking.

Only Jesus can do this #mamayaoinlove”.

However, all the photos were taken strategically to hide the man’s face and those that were not, Bayo ensured they are covered with emoji’s before sharing online.

Many have showered the singer with congratulatory messages upon seeing the photos with her new man.

nycewanjeri “Congratulations to you ❤️. Love is beautiful. Once you have the genuine one ❤️”

alice.mari.ke “Congratulations darling am so happy for you🙌”

belabkay_couture “Happy for you dear”

its_kuni_peter “I agree, that kind of man needs to be respected… it’s not easy to find such kind of a man nowadays….” 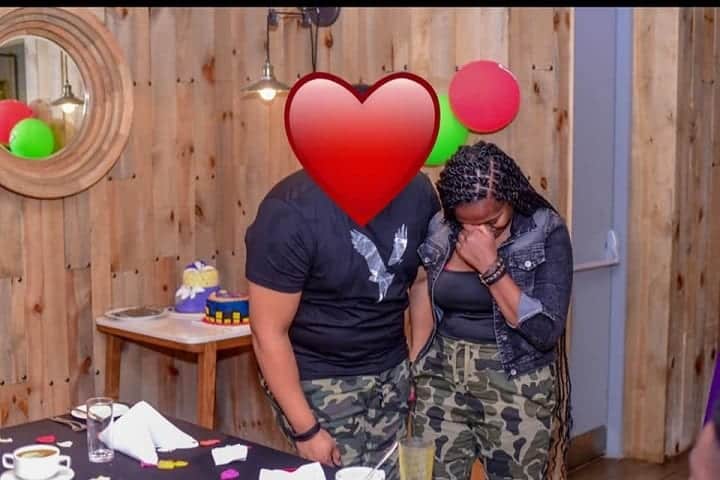 In July 2020, Bayo who is never afraid to speak on her past relationships confessed that she once bleached her skin to please a man she was dating back in the days.

According to the 11th hour hit maker, her man wanted to marry a light skin chick, and because she was in love she gave in and bleached her skin to please him, but later on she was dumped.

“Bases on a true story .I once felt in love with a young man I was sure he will marry me I loved and adored him ,he claimed he loved me too and he would marry me if only I was light skinned (rangi ya thau) I decided to remove my legs from the sack ,Mimi huyoo river road I bleached my skin nmfurahishe the next thing he told me he will marry me if only I was abit taller weee my friend nlikua natembea na high heals throughout karibu niende nazo kwa choo to ndimukenie , along the way he dumped me leaving me looking like a confused chamelion ..yellow face black legs blue hands 🤣 had no choice that to go back to factory setting,” reads part of Betty Bayo’s post.

In a separate narration, the singer also disclosed that she made a mistake by moving in with a man she had barely known for three weeks.

“In my past relationship i made mistake from day 1, followed by more than 1000 more mistakes Though I was still a Christian and still saved I moved in with a man 3 weeks after we met with no wedding or anything legal ata affidavit hakuna ,unlike the expectation of many ,nilienda come we stay sorry i mean come we fight 🤣 I moved in with a man who I barely new his full mpesa names .everyday things were unfolding i dint keep the social distance I got pregnant kidogo kidogo .pregnant aaagain🤣,” narrated the singer.

Nairobi Took Over Snapchat Yesterday, and Americans are Pissed-Here’s Why