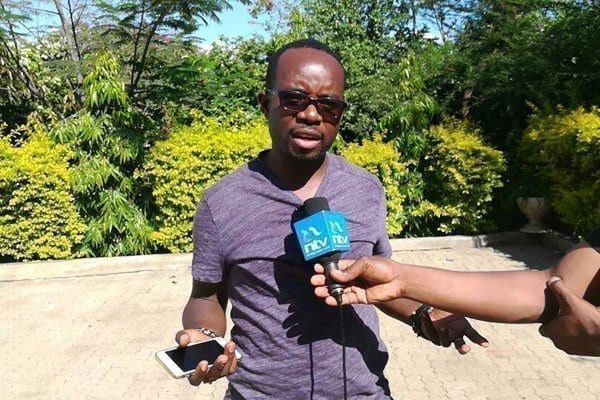 Langata parliamentary hopeful Silas Jakakimba is involved in a nasty public fight with his baby mama.

At the height of this three-year-old drama that started in the courts, a lawyer named Duncan Okatch has publicly urged him, via social media, to provide for upkeep for the two children.

Jakakimba has in turn accused the lawyer of physically attacking him.

“He went physical on me, fist-punching me severally on my face, causing instant soft tissue injuries to the temporal and orbital regions of my left eye,” Jakakimba claims via a lengthy social media post.
The attack reportedly occurred at the school his son attends.
“Sensing my son would be at risk, the principal whisked him into the office and locked the door, while I remained to pick my broken eyeglasses and some personal effects. I thereafter went for treatment at Nairobi Women’s Hospital, where I was treated and discharged, and later reported the incident at Kilimani Police Station (OB No. 44/12/05/2021).”
Despite the drama, Jakakimba maintains he is committed to meeting his fatherly obligations to his sons.
“I will never, ever allow, as long as I breathe, a dirty man, or all those other funny men around town, to act in any manner whatsoever, to even remotely suggest that they could ‘care’ more about my sons than I do. “I have battled, and will continue to do so, for that immutable and sacred place of a caring father in the lives of his Blood and Children. My sons are my eternal Social, Economic, and Cultural Responsibility and, no man – can inherit my Sons in my Lifetime,” he vowed.
The politician now says he will be moving the children to another school.