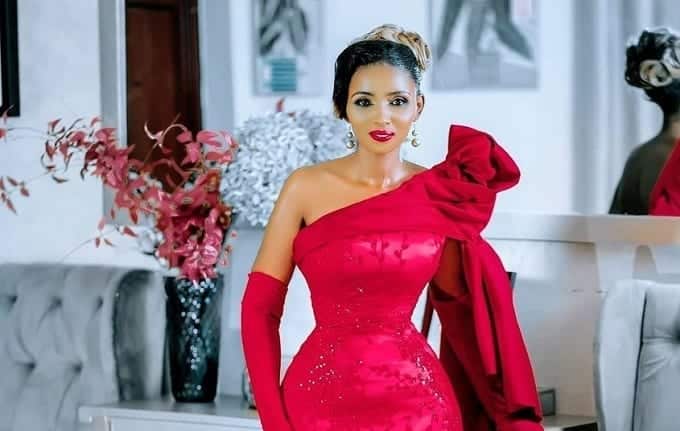 Keroche Heiress Anerlisa Muigai has turned to a motivational speaker after “divorcing” her Tanzanian singer husband Ben Pol. Anerlisa and Ben secretly got married in Tanzania last year, when most countries were on lockdown but their union is no more.

After their wedding, Ben Pol converted to Islam, raising eyebrows and according to sources, the two don’t see eye to eye and haven’t communicated for a while.

Anerlisa, who has been busy marketing her business, has advised young girls not to rush to give birth but take their time. The Keroche Breweries heiress said having kids is a commitment, and women should think wisely before deciding to have any.

“Dear Young Girls, Do not get kids with somebody you are not sure about. You can date, get engaged etc, but kids? That’s a whole a** commitment. Rather your partner leaves you because you are not sure about having kids than be forced to it. That’s just my opinion, and others have different views,” she said. Her advice comes a few weeks after she refuted claims she was pregnant for Ben Pol.

Ben Pol has a child from a previous relationship and last year, Anerlisa even attended the little boy’s birthday and shared photos, which she later deleted. In a related article published on TUKO.co.ke, Ben Pol has filed for divorce from the 33-year old Kenyan rich kid.

Ben Pol Reveals He Was Forced To Sign NDA to Divorce…

The father of one is said to have filed for the divorce at the Mwanzo Law courts in Dar Es Salaam, but he is yet to explain why he decided.