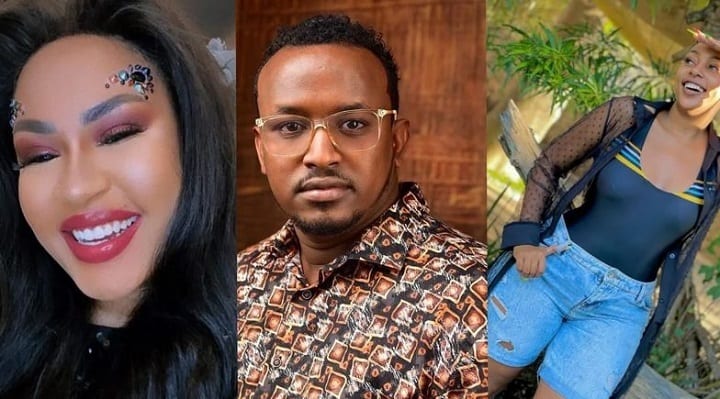 The wife of Nairobi businessman Jamal Roho Safi has once again cried foul over her husband’s love affair with the socialite Faith Makau, alias Amber Ray.

Amira, famously known as Being Amira, claims that Jamal changed for the worse after getting entangled with the social media personality.

Apparently, Jamal suddenly stopped coming home, and when he did, he would lock himself in their room all day.

“I don’t know what I can do about this relationship. I feel like Jamal is not himself, he doesn’t come home and even if he comes he doesn’t have time for the kids, he is always in his room,” she told Instagram busybody Egdar Obare, who then released their chats to the masses.

The mother of two also disclosed that after learning about Jamal’s affair with Ray, she asked him about it but he threatened her instead.

“When I asked him about the relationship, he came home and told me he would shoot me severally if I try to get involved in his affair with Amber. So I’m dying in my silence,” Amira wrote.

The businesswoman at the same time narrated how Jamal would send her to Amber’s house so that she wouldn’t suspect them.

“This same Jamal on Eid time or anytime we slaughter a goat to celebrate, he made sure I took some meat to Amber. He made sure this woman and I talked so that I don’t suspect they are together,” she said.

“I’m so embarrassed…even in the estate I can’t even walk because people know I’m his wife,” Amira professed.

She also confirmed that after their recent public spat, Amber Ray has moved from Syokimau to Kilimani.

Amira also alleged that Jamal is not as rich as he appears to be. “He is not rich. He lives on loans,” she disclosed.

Amira also shared photos from her high school days when she was still dating Jamal.