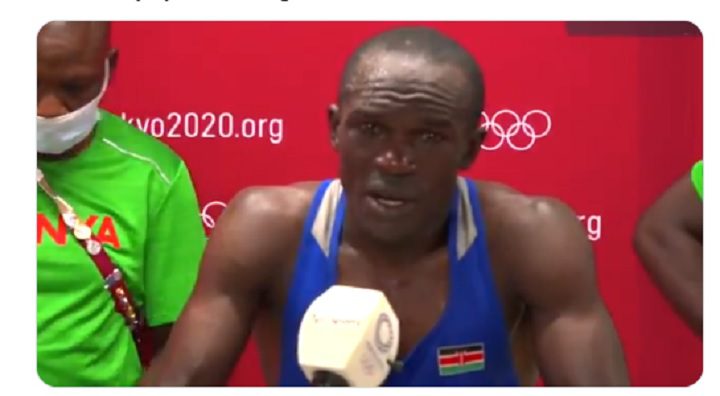 A video of the popular Kenyan Boxer Nick Okoth offering an emotional apology to Kenyans after losing a medal at the Tokyo Olympics hit the internet and went viral.

In the video trending on social media platforms, the boxer spoke in Sheng during a media interview in Tokyo.

Sheng is a hybrid language rapidly growing among the youth in Kenya.

Nafeel uyu msee
But I am happy aliamua kupeana Interview in Swahili more so sheng.
Hakuna haja ya kuforce ngosopic.twitter.com/2qCGmSrA7P

Life and the Olympics: Success of Others is Indicator You…

Okoth broke down to tears shortly after his defeat as he could not believe he lost the game he was determined to win.

It was a bitter, difficult ending for the 39-year-old boxer.

It is not clear whether he will hang up his gloves following the defeat at the Olympics at the hands of Mongolia’s Erdenebatyn Tsendbaatar.

Okoth believed he won the match which was awarded 3-2 to the Mongolian.