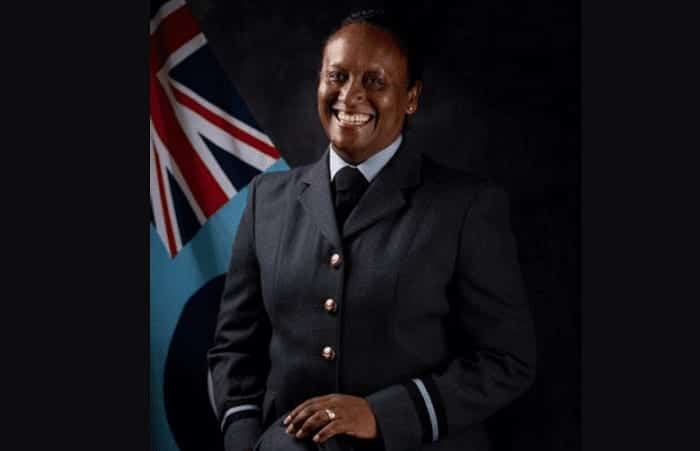 The Air commodore is a one-star rank and is an air officer rank being immediately senior to group captain and immediately subordinate to air vice-marshal.

Kenya’s High Commissioner to the U.K, Manoah Esipisu, in a congratulatory message posted on social media, urged Veronica to take up the appointment and rise even higher in the coming years.

“You definitely are making history. You will notch another first when you take up royal appointment as High Sheriff in 2023. Pongezi sana,” wrote Esipisu.

Veronica termed it an honour to be wearing the RAF uniform, adding that the ability to represent the people is a privilege.

She further thanked her Group Captain and the Deputy Support Force Commander Jo Lincoln for being “the most inspiring leader” she has ever met while discharging her duties.

“One of the benefits of being in the RAF is the incredible people you have the privilege to work with and the life long friendships that you make. Honorary Air Commodore Veronica Pickering has provided me with tremendous support during my time in command,” wrote Commander Lincoln.

Veronica, according to information in the Nottinghamshire County Council website, was born in Kenya before she moved with her parents to England in the late 1960s.

“Veronica has for than 25 years worked as a Social Worker, Children’s Guardian and, as a International Child Protection Consultant for the UN and many NGO’s across Africa,” states the website.

She describes herself on her Twitter bio as a personal coach and mentor, a human rights and wildlife advocate, as well as an art lover and traveler.