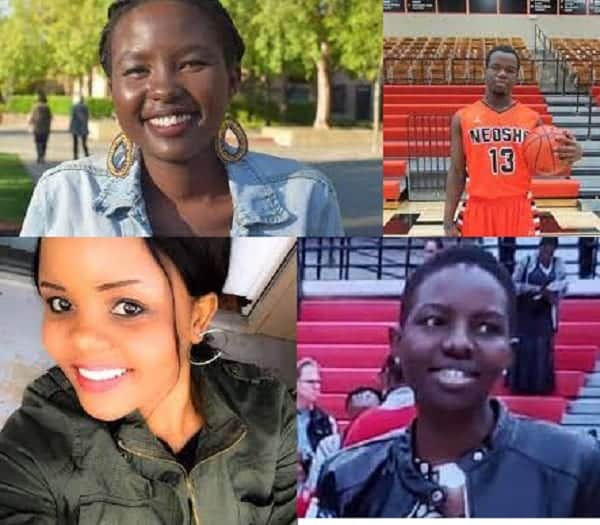 For many Kenyans, United States of America (USA) is seen as a land of social order in which each man and woman is able to attain to the fullest stature of which they are innately capable. In other words, the American dream.

Over the years, a number of Kenyan citizens have routinely migrated to the land of the free and home of the brave.

According to the 2020 US Census Bureau, over 140,000 Kenyans are estimated to live in the country with only 65% of them having legal status.

For many Kenyans such as Oscar winner Lupita Nyong’o, their hard work and sacrifice has paid off. However, for some, the American dream turned into a nightmare.

Here is a list of Kenyans who sadly died in US as they pursued greener pastures:

The former Kenya Ports Authority (KPA) basketball player was found dead on Tuesday, June 29 after he went missing in Minnesota over two weeks ago.

Minnetrista Police Department say they found the deceased in a single-vehicle crash in the south metro, Highway 101. The vehicle was upside down and apparently hit a tree.

They later identified the vehicle as belonging to the 26-year-old, who had disappeared on June 12.

Oyugi last had contact with family or friends around 4a.m. on Saturday, June 12. He was going back to his home in St. Bonifacius after leaving the Prior Lake/Savage area, according to the Minnetrista Public Safety Department.

The 24 year old student was found dead in her room on the campus of Stanford University on June 14, 2019.

Norah, who was the best girl in Nairobi County in the 2013 KCSE exams, was pursuing a degree in engineering at the Ivy League Institution at the time of her death.

Norah, joined Stanford in 2014, studying Computer Science and was interested in artificial intelligence and machine learning, according to the University.

She also ran a coding camp in Kenya, where she spent many of her breaks.

Her last video call with her father, mother and two siblings was on June 7. It was her 24th birthday and she was in her typical bubbly mood.

Fondly referred to as Nyasuu by her family and friends, the deceased was involved in an accident where she was hit and trapped under a trailer in Dallas, Texas.

According to local police, Nyasuguta was crossing the traffic lanes of a highway when she was hit by the trailer.

An emergency rescue team rescued her and transported her to a local medical facility where she later passed on while receiving treatment.

The 26 year old Kenyan and long time resident of Woburn, Massachusetts died suddenly in his sleep on the morning of new years day, January 2017.

After celebrating and crossing over from December 31st 2016 to January 1st 2017 with friends and family, he went to bed that night and did not wake up the following morning.

The deceased who worked for Interstate All Battery Centers, a batter marketing and distributing firm in Massachusetts had no known mental or known health issues.

The 37 year old was murdered by her 85-year-old roommate Beverly Lorraine Jenne in December 2019.

Beverly harboured a seething resentment toward the late and her sister Angela Oyuga, who were renting-to-own the house Beverly had lost to foreclosure, even though the sisters had allowed her to continue living there so she wouldn’t become homeless.

According to the police at 12:33 a.m. on December 2019, a 911 call was made by the landlord reporting that he had received a phone call from his tenant, who said she had just been shot at the house.

When police arrived, officers looked through the front windows and saw a woman sitting on a bed, then saw her stand and fall to the living room floor.

They instructed her to come outside and when she didn’t comply, the officers broke into the house through a sliding-glass door at the back of the house.

The officers found the killer with an electrical cord wrapped around her neck. One officer removed the cord as others searched the rest of the house.

On the bed where the woman had been sitting, police found a revolver with six spent cartridges in the cylinder, “which means it was fully loaded and all its bullets had been fired,” the charges say.

Officers found Angela in her upstairs bedroom with a gunshot wound that had entered her back and exited her chest.

She later told officers at the hospital that she didn’t know who shot her but saw a shadowy figure in the kitchen as she ascended the stairs.

Janet, who had multiple gunshot wounds to her back, chest and arm, was found dead on the floor between a recreation room and the door to the garage.

Officers also found a bloody hammer and screwdriver on the kitchen counter, and a pool of blood on the floor directly below the tools.

VIDEO: Kenyans going to work in America should leave their…

Considering to own a home, invest for rental income in Kenya?