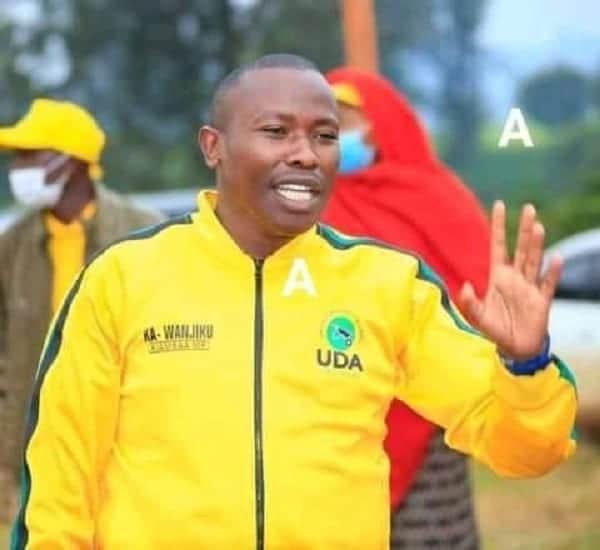 Official results on the IEBC portal showed that Wanjiku garnered 21,773 votes while his closest rival, Kariri Njama of Jubilee, came in second with 21,263 votes.

But as campaigns came to a close the race narrowed to a fierce contest between Jubilee Party and UDA.

Earlier on Friday, vote tallying was briefly suspended after Mr Njama and his supporters claimed that the ballots were being rigged in favour of Mr Wanjiku.

Chaos erupted after Mr Wanjiku made an early lead with 21,401 against his closest rival Mr Njama who had 21,057 votes.

IEBC officials estimated the voter turnout at below half of the 96,000 registered voters in the constituency. Kiambaa Constituency Returning Officer Peter Muigai said the turnout was about 45 per cent, both for the parliamentary seat election, and for the Muguga Ward seat in the same constituency.

A spot check by Nation.Africa across various polling stations indicated majority of young voters had shunned the exercise, with mostly elderly people streaming in.

Gacii open market polling station was virtually empty for the better part of the day.

In the afternoon, Kieni MP Kanini Kega and Chief Administrative Secretary Rachel Shebesh could be seen making frantic calls, complaining that the voter turnout was low.

IEBC clerks turned away some young people who were either too drunk to vote or had come to vote using the Huduma Namba card instead of the national identity card.

Previously UDA had described the poll winner, Mr Wanjiku, who is a businessman with interests in car importation, as a young hustler.

“For the first time, there is a party that has deliberate representation of all hustlers. This has been affirmed by the choice of our candidates…Njuguna wa Wanjiku, is a young hustler, a child of a single mother,” UDA Secretary-General Veronica Maina said.

Mr Njama, who came in second, is a businessman who runs a security supply and consultancy firm.

Mr Gichia is an accountant turned businessman who owns a local college, Printax Computer College, as well as a driving school.