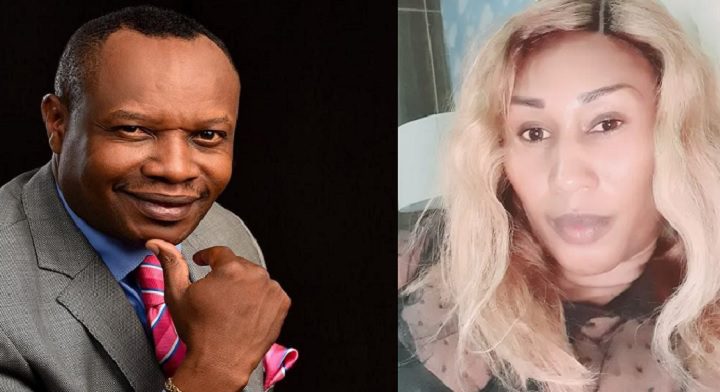 New twist as House of Grace bishop David Muriithi now asks court to order DNA on the child he allegedly sired with Judy Mutave who sued him for child support saying he did not admit paternity.

Through his lawyer, the Muriithi told Magistrate Festus Terer of the Children’s court that they want the court to order a DNA test on the child to ascertain whether the bishop is the biological father.

But Danstan Omari representing the lady told the court to order the bishop to file a formal application so that they can respond.

“Your honour, the bishop has already admitted he sired the child with my client in his affidavit and even offered to give Ksh10,000 per month. We are shocked with this new development,” Omari said.

In the bishop’s affidavit filed in court, he claimed that the woman presented herself to him as a person suffering from fibroids so ‘he thought she can’t get pregnant’.

“That I do recall that the applicant kept on complaining that she had fibroids and never spoke about a pregnancy. She presented herself to me and some of her friends as suffering from fibroids” read part of the affidavit.

He claims that the first time he learned the applicant was pregnant was long after the relationship ended when he called her on phone to say hello.

“I could not have been excited about a pregnancy that I did not know about and which for reasons known by the applicant was hidden from me for that long,” read part of the bishop’s affidavit.

“She hid the pregnancy until the day she was in the hospital for delivery,” he added.

He claims that the woman’s objective is a scheme to extort money from him and to embarrass him; not the welfare of the minor.

The magistrate has since directed Bishop Muriithi to file a formal application for DNA to be argued by both parties.

The court has also declined to gag the media from covering the proceedings after lawyer Danstan Omari alerted the court that there is a High Court decision stopping speaker Ken Lusaka gag in an almost similar case.

The magistrate said she will have to read the judgement by the high court on Lusaka’s case before issuing any gag orders.