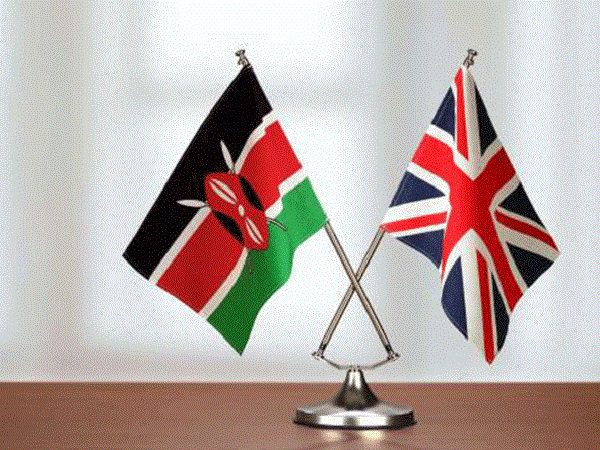 The UK Commissioner to Kenya Jane Marriott has expressed optimism that the first batch of Kenyan nurses could report to London in the next two or three months.

Addressing a section of journalists from different media houses hosted at her residence to discuss the Kenya-UK Partnership on Defence, Security and Stability on Tuesday, August 17 2021, the ambassador noted that the two countries were working through legal practicability.

“The recruitment notice has gone out and the ministry of labour is dealing with that. We are going through the slow laborious bureaucratic process to work out the legal practicality on how to get the nurses over there and make sure they’re properly supported integrated into the National Health Service (NHS). I hope to have the first nurses over there within the next two or three months,” Marriott told journalists.

The Ministry of Labour through the National Employment Authority has opened applications for Kenyan nurses interested in working in the United Kingdom and Ireland. Interested applicants are required to register through a specialised portal at: https://neaims.go.ke/.

In addition to partnerships between UK and Kenya, Commissioner Marriott also addressed several other issues including Kenya being on the red list for entering England.

Marriott noted that Kenya being on the red list was not a political decision but a concern with the new Covid-19 variant, Beta.

The UK ambassador added that Kenya needed to do more genomic sequencing to identify new Covid-19 variants and vaccinate the population.

The Ambassador stated that they were working with Kemri to get more genomic sequencing and identify the variants. She expressed optimism that Kenya would be off the red list in the next two or three months.

Marriott mentioned that the Kenyan population needs to get vaccinated adding that the UK was supporting the country through donating vaccines.

UK on 2022 General Election and IEBC

In early August 2021, the government through a memo locked out foreign entities from providing technical support to the Independent Electoral and Boundaries Commission during the 2022 general election.

The State cited attempts to interfere with elections in the past adding that they would ask for help if they needed any.

Speaking on the matter on Tuesday 17 August 2021, Ambassador Marriott stated that the international community had engaged the Government to inquire more about the memo that was issued.

The UK Commissioner disclosed that they had convened a meeting with the governance group and decided that they would proceed with caution.

Marriott mentioned that the mission was doing what Kenyans’ would want them in an effort to support a free and fair election in 2022.

Commenting on an incident where a fire broke out on March 26, 2021, during a British military exercise in Laikipia County, the Ambassador mentioned that investigations were still ongoing.

Infuriated Kenyans took to Twitter to condemn one of the British soldiers who admitted to starting the fire and killing elephants, though Kenya Wildlife Service (KWS) claimed that no elephant was killed by the raging fire.

President Uhuru Kenyatta recently made a three-day visit to the UK where was hosted by Prime Minister Boris Johnson.

Several deals were signed between UK and Kenya including a new 5 year Defence Cooperation Agreement (DCA) between the two countries, a new pact that will see Kenyan nurses receive training in the UK, as the President also secured Ksh 20 Billion for the big four agenda.