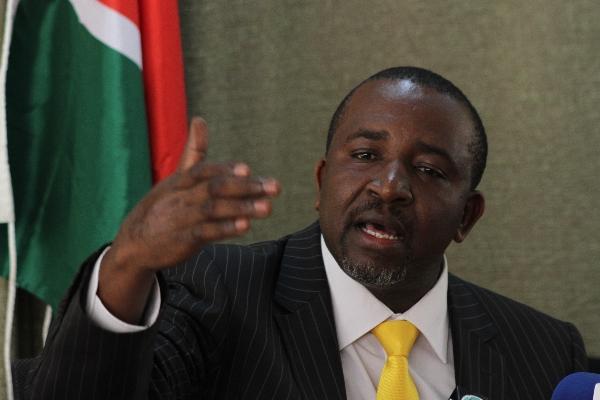 Meru Senator Mithika Linturi is once again in the news, this time being accused of attempted rape.

The Senator is alleged to have snuck into the bed of a married woman while she was asleep and touched her inappropriately.

According to court papers, the Senator, at the wee hours of the morning of January 29, 2021 illegally accessed a room one Beryl Akoth Owondo and her husband had booked at the Maiyan Villas Hotel Resort in Nanyuki.

“At about 0300 hours she heard the door unlocked and the lights which were on switched off. She assumed it was the husband and the person entered into the bed and started touching her breasts and vagina in a very unusual manner. She became alarmed and told the person off though he was silent and never uttered any words. This continued for a while then they both fell asleep,” court papers read in part.

According to the complainant, a knock at her door is what unraveled Linturi’s alleged rape attempt.

“At about 0330 hours, the complainant heard a knock on the door and went to open. On opening she found her husband standing at the door prompting her to switch on the lights since she was confused and perplexed in that there was another person in bed whom she all along assumed to be her husband.

“On switching on the lights, both realized that there was a stranger in their bed and the husband became furious and raised alarm. His friends came to investigate and one of them identified the stranger as Senator Linturi Mithika. It was established that the senator was also a guest in the same facility,” a report by the Directorate of Criminal Investigations (DCI) read.

DCI boss George Kinoti went on to disclose that the Senator had attempted to settle the matter out of court by offering cash and a cheque to the couple.

“There was a commotion and the Senator allegedly offered to settle the matter amicably by offering them Sh200,000 in cash and a cheque of Sh800,000. Later after he settled with them he reported a case of extortion to DCI Laikipia East who took up the matter,” Mr Kinoti revealed.

The couple who had now been turned into extortion suspects, escalated the matter to DCI headquarters.

Senator Mithika has since moved to court to bar his arrest in relation to the matter.

Linturi has argued that the charges being leveled against him had not been disclosed to him before the letter by DCI boss George Kinoti.

Kenya Film board on the spot over ‘dirty’ videos