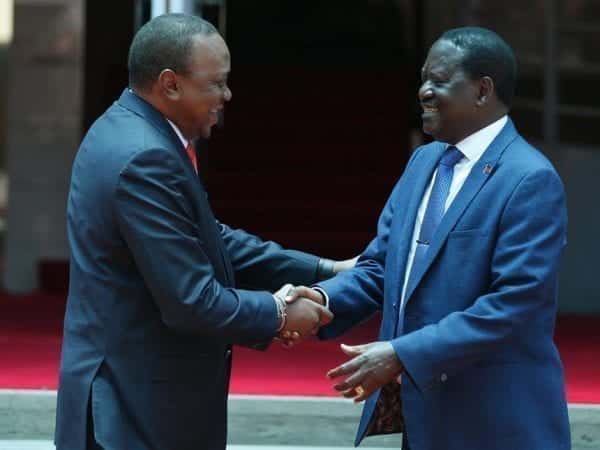 President Kenyatta arrived in Zambia on Tuesday afternoon, August 24, and proceeded to the National Heroes Stadium where the inauguration took place.

Raila had preceded Uhuru on Monday evening when he arrived in Lusaka to attend the function.

“It will be a great day for the people of Zambia and Africa as a whole to witness a seamless transfer of power as envisaged by the democratic process,” Raila stated in a statement released on Monday.

The former prime Minister’s arrival in Zambia had raised questions on whether he was attending the ceremony as a government representative, a party representative or in his personal capacity.

However, the Zambia inauguration committee later explained that President Kenyatta would represent Kenya in an official capacity while Raila was part of Opposition Leaders from around the continent who had been asked to grace the occasion.

Other heads of state that attended the ceremony include those of Namibia, Mozambique, Tanzania, Malawi and DRC.

Hilechima has also invited dignitaries from the United Kingdom, USA, Saudi Arabia and Ghana. Former heads of state and opposition leaders have also been invited to the ceremony.