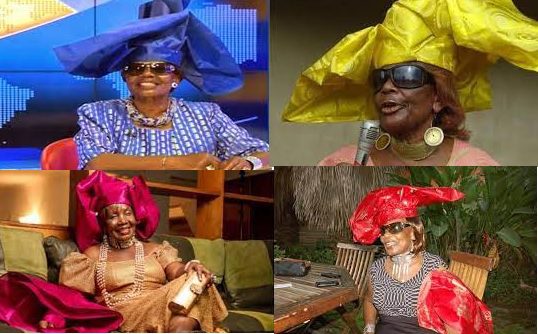 Orie Rogo Manduli  was a  fashion icon, a veteran politician , a bold woman who tirelessly faught for women empowerment. She died on  Wednesday, September 8, 2021, after a short illness.

Here are more facts her:

2. She is the first woman of African descent to participate in the East African Safari Rally. That was in 1974.

3. She was born in Maseno, Kisumu County, to Gordon Rogo, a teacher who later ventured into politics. Her mum Zeruiah Adhiambo taught at Kisumu Technical College.

Museveni was my tenant, once pointed a gun at me-Orie Rogo…

4. She was a fashionista. Her signature headgear completed her look. Without it, she says, it is as good as seeing a bride without makeup on her wedding day.

5. She stormed the public limelight while still in high school when she was crowned Miss Kenya, aged 16.

6. She was a trained teacher but never set a foot in class to teach as she got married immediately after graduating from Machakos Teachers College.

7. She has four children, three daughters Elizabeth, Allison, and Janice from her first marriage and a son Katyana from her second marriage.

8. She remarried in 1980 to Misheck Norman Manduli, a descendant of the Lunda dynasty — one of Zambia’s royal families. He was 30 years older than her.

9. She was also the first woman to head the Non-Governmental Organization (NGO) council.