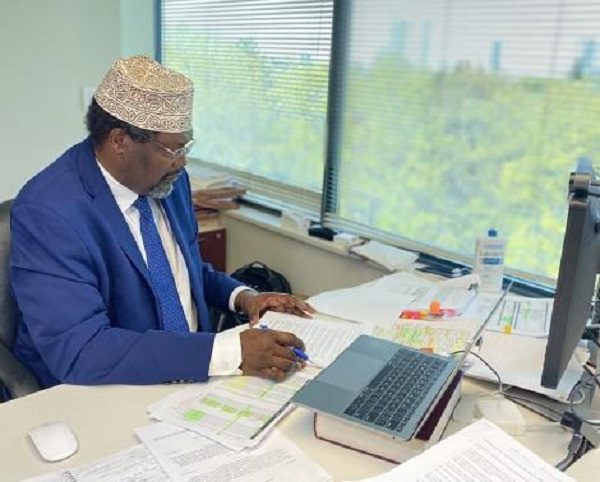 Exiled lawyer Miguna Miguna announced that he has booked a flight to the Jomo Kenyatta International Airport (JKIA), Nairobi.

In his statement, Miguna confirmed that he would be landing at the airport on the morning of November 16, 2021.

Additionally, he stated that he used his Kenyan passport to book his flight back home.

“For the avoidance of any doubt, I have used my Kenya Passport to book my flight to Kenya, scheduled to arrive in the morning of November 16, 2021, at the JKIA. Let no one claim that I have used any other passport,” read Miguna’s statement.

Former Chief Justice, Dr Willy Mutunga, had initially indicated that he would travel to Toronto, Canada, on November 16, to accompany Miguna back home.

The emeritus Chief Justice made the decision to travel on the defiance of the Kenyan government, its agencies and senior officials against the numerous court orders in favour of Miguna.

“After careful reflection and following broad consultations with lawyers, human rights and justice defenders, progressive politicians, and Mr Miguna himself, I have decided to travel to Toronto, Canada, to accompany Mr Miguna on his flight back to his motherland on 16 November 2021.”

“I am also seeking out Kenyan journalists who will accompany me on this historic journey,” he stated.

He explained that Miguna had faced a lot of frustration in the hands of the Kenyan government that led to his exile in Canada.

Mutunga urged all Kenyans to demand for the government to fully comply with the orders issued by the court, such as the payment of awards, costs and their accruing interests.

Club Management: Waiter Lied About Being Slapped by Churchill