President William Ruto on Monday held a meeting with the East African Legislative Assembly MPs-elect at State House Nairobi. While those from the Azimio La Umoja and Kenya Kwanza Alliance could be seen in pictures shared by State House Kenya, Winnie Odinga was conspicuously missing.

Reliable reports indicate that the scion gave the meeting a wild berth.

While reacting to a report on her missing, Junet Mohamed alleged that Winnie Odinga missed the meeting to plan on Azimio’s Kamukunji meeting scheduled for December 7.

“She is preparing for the Kamkunji meeting…,” Junet tweeted.

In the State House meeting, all EALA MPs elected from the Kenya Kwanza side were present, they include; 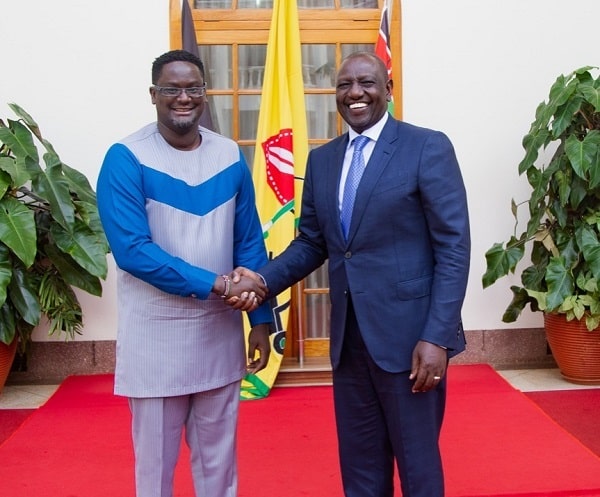 A report by State House Kenya indicates that the president used the meeting to rally the MPs to champion the agenda of the country in the East African Assembly.

“When we talk about trade and investment, there are no political parties; do your best for our country and economy.”

“The economic expansion of the Community is in the best interest of all nations and citizens of East Africa.”

He asked the regional MPs to advocate for peace, challenging them to work as a team for the good of the country.

The legislators will be sworn in on December 21 in Arusha, Tanzania.

Raila in India for His Daughter Rosemary’s Eye Treatment

Mithika Linturi: Why I spared Anne Waiguru from sack