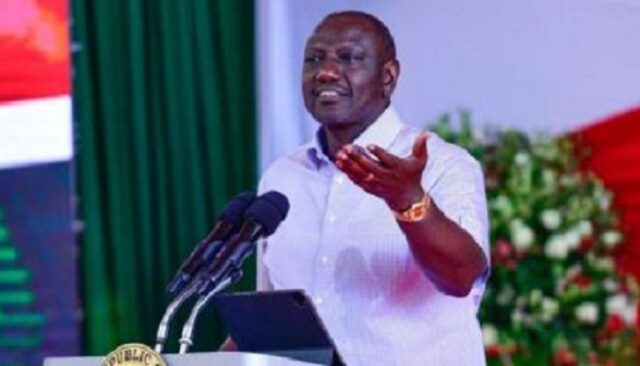 President William Ruto has responded to Azimio la Umoja leader Raila Odinga’s after he made several demands and declarations during the Kamukunji rally in Nairobi County.

He said that the IEBC server was opened during the 2022 August 9 general election and everything is in the public domain.

The Head of State also took a jibe at the former Prime Minister for repeating the same opposition tactics.

Ruto, Koome and Karua named in 100 Most Reputable Africans…

Raila had earlier stated that his Azimio camp would not recognize the Kenya Kwanza government and President Ruto as legitimate.

The Azimio captain also demanded that the IEBC records for the August 2022 elections be made public and audited by an impartial body.

“We demand that the entire infrastructure and the records of the 2022 elections at the IEBC be made public and be audited by an impartial body. A forensic audit of the IEBC results and results is non-negotiable, “Raila demanded.

Video:Veteran Singer Eric Wainaina Does It Yet Again With New Hit Single!