Mau Mau victims in UK to petition for compensation
Mau Mau victims in UK to petition for compensation
The Mau Mau spokesman Gitau wa Kahengeri
The Mau Mau Veterans spokesman in London is Hon. Gitu wa Kahengeri. The 79-year-old man is a man you can admire. The former MP for Juja speaks English language fluent with a beautiful accent. The smartly dressed man has a sharp mind and explains all the points without repetition. The man was given a chance to speak at Hon. Martha Karua’s meeting in London on Saturday 20th 2009 and he took the guests by surprise because of his wide knowledge about Kenyan politics. “I am a fighter and I can tell you that Hon. Martha Karua is a fighter”, the man explained. The man explained that the Mau veterans are in the UK to be compensated by the British Government who mistreated and killed most of them during the struggle for independent. He explained that he was detained for 10 years in Takwa, Lamu together with his father the late Mzee Kahengeri wa Gitu. He surprised the guests when he explained about the root cause of the Kenyan politics and problems. “Kenya has a problem, if Mr. Kamau wakes up at 2 a.m. in Nairobi and start breaking people’s houses stealing their households. Then at 8 o’clock the same day he start selling the goods he has stolen – people will buy. After the sale he joins the political campaign – buying drinks to the people he has stolen from – the people will still vote for him. That is the kind of Kenya parliament we have.” the man explain as the guests cheered. ” He explained that the land issue is another problem which should be solved. “The land was given to us by God from Mombasa to Ugandan border from Namanga to Somalian border – it is for us all – then how come some people owns almost half of Nairobi while over one million people lives in 10 acres in Kibera? Something should be done.” the man concluded.
A team of 22 Mau Mau Veterans arrived in the UK on Saturday morning to issue a claim for compensation for torture against the British Government. On Sunday morning 21st June, 2009 the team attended a church service at CCBC Swahili Service in Barking where they addressed the congregation and later in the afternoon they visit the popular Kenyan joint – Thatched House where they were happy to meet Kenyans while eating Nyama choma and Ugali. On Tuesday 23rd June, 2009 the team will be holding a a press conference at The Law Society, The Law Society’s Hall, 113 Chancery Lane, London WC2A 1PL, London/Chancery Lane) at 11am. Thereafter at 2 p.m. the team lawyers, Leigh Day & Co will issue a claim for compensation for torture against the British Government on behalf of 22 Kenyans. The claims will be formally issued at the Royal Courts of Justice on the Strand, Strand, London, WC2A 2LL. The team has been helped to come to the UK by Kenya Human Rights Commission.
The team is requesting a large number of Kenyans in UK to join them. The claimants are now in their 70s and 80s and have travelled to London from rural Kenya in order to issue the claims in person. Above all the claimants are seeking an official apology for the torture they were subjected to. The Mau Mau Veterans team include their spokesman Mr. Gitu wa Kahengeri, Mrs. Jane Muthoni Mara, Susan Ciongombe Ngondi, Wambugu Nyingi, Paul Muoka Nzili, Mucheke M’Mucheke Kioru, M’Njau Ndei, Espon Makangaa (Western), Njeru Mugo, Ndiku Mutwiwa, Stephen Kipkering Sugut (Rift Valley), Nyambane Gekonde, Emmanuel Musakari, Habil Omolo (Kisumu), Mburu Ngugi, Joseph Mwarandu (Coast) and Leonard Murithi M’Imanyara (Meru). The Kenya Human Rights Commission team include Muthoni Wanyeki, Goerge Morara, Olga Mutoro, Davinder Lamba, John Nottingham, Zahid Rajan, Anne Kariithi and Paul Muite. Their contact while in the UK is 07868172976. Those who would wish to take them around can contact the above number. They will be in UK for the whole week.
**********************************
Source-Misterseed.com

On Tuesday the 23rd June 2009, Leigh Day & Co will issue a claim for compensation for torture against the British Government on behalf of 22 Kenyans. The claimants are now in their 70s and 80s and have travelled to London from rural Kenya in order to issue the claims in person. Above all the claimants are seeking an official apology for the torture they were subjected to.


The Kenyan claimants allege that they were assaulted, tortured and unlawfully imprisoned for a number of years during the brutal repression of the Kenyan independence movement by the British Colonial Government in the 1950s and early 1960s. These test cases are representative of the wider community of thousands of Kenyans who were detained and tortured during the fight for independence.

The claims will be formally issued at the Royal Courts of Justice on the Strand at 2pm the same day. Photographers are invited to attend a photo call which will take place with our clients at the steps of the Royal Courts immediately prior to the issuing of the claims.

If you are able to confirm your attendance by contacting Nisha Patel on 020 7650 1272 or by email [email protected] it would be appreciated.

Kenya: Is Political Reform Possible?
Two Kenyan parliamentarians, the Honorable Martha Karua and the Honorable Paul Muite, and a distinguished human rights lawyer and activist, Makau W. Mutua of the University at Buffalo Law School, will offer comments on the current political situation in Kenya and on the critical benchmarks that need to occur to move political reform forward. Panelists will assess the likelihood of future reforms, as well as examine options for how the U.S. and the international community can help facilitate such a process. Moderated by Joel Barkan, Senior Associate, CSIS Africa Program.
http://www.csis.org/component/option,com_csis_events/task,view/id,2063/
Martha Karua & Paul Muite in Washington D.C.
June 16, 2009
3:00 – 5:00 PM
2012 Presidential candidate Martha Karua will be in the U.S in the month of June. She is scheduled for a candid chat in Washington DC and Massachusetts as follows-
· Washington DC: Candid Chat at Safari June 17th :6:30pm – 9:00pm)
· Massachusetts: Candid Chat at Safari June 18th :6:00pm – 7:00pm)
· Massachusetts: Town Hall Meeting June 18th :7:30pm – 9:00pm)
·
During the burial of the late Vice-President Kijana Wamalwa’s mother, Karua lectured Kibaki and Raila on the slow pace of reforms, splintering in the Grand Coalition, rogue police and the Judiciary. She was quoted as saying “I left your Government a few months ago, I am in the opposition and I will push you into action,
Karua told Kibaki and Raila they signed the National Accord to lead from the front and as such they should contain their political lieutenants in the Party of National Unity and the Orange Democratic Movement, who have taken a hard-line stand on constitutional review. This will be her first visit to the U.S since she resigned.
RSVP FOR MARTHA KARUA JUNE 2009 US EVENTS
To comment on the story,Click Here

Uganda to be among top 50 oil producers 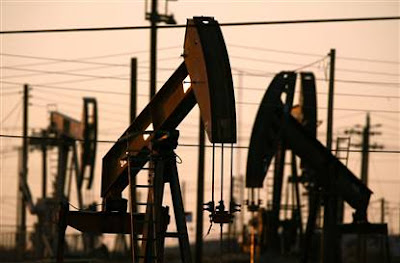 AN oil exploration firm in Uganda said on Friday the wells it is planning to drill this year could put the country among the world’s top 50 producers.

Since 2006 when Uganda first discovered oil, some 600 million barrels of reserves have been found around Lake Albert that straddles the Uganda-DR Congo border.

“The wells we are going to drill this year could discover another billion barrels. So Uganda could be a country with between a billion and a billion and a half of total reserves,” Glover told AFP.

“That would put Uganda into the top 50 oil producers in the world,” he added.

Commercial petroleum extraction is expected to start this year.
Canadian oil prospecting firm Heritage Oil said in September it had found the country’s largest oil deposit in the Albert Basin.

Experts say there may be up to two billion barrels of oil reserves, most of it under Lake Albert.

On February 17, Brian Smith, the vice-president of exploration at Heritage Oil, said Uganda expected to become an oil producer next year and could be a significant supplier in future.

Smith said there was a possible two billion barrels of oil in the Albert Basin but much of this would not be available until around 2015, although some production could be on stream by 2010. Analysts also think Uganda has potential.

“There has been 700 million barrels discovered in the basin, which is enough for a commercial development and there is definitely upside potential,” said Christopher Brown, Sub-Saharan Africa analyst at Wood Mackenzie.

Heritage Oil says there have been 18 successful exploration and appraisal wells drilled in the basin since 2006, of which three tested at a production rate at over 12,000 barrels per day (bpd).

Development of the basin assumes building a crude export line to Mombasa on the east coast of Kenya at about $1.5-2.0 billion, with a capacity of 500,000 bpd.

“There is potential for Tullow Oil to start very small scale production from next year but we wouldn’t expect an export pipeline before 2014 or maybe later,” Brown said.

You need a miracle to survive this accident

Migingo is in Kenya  Museveni