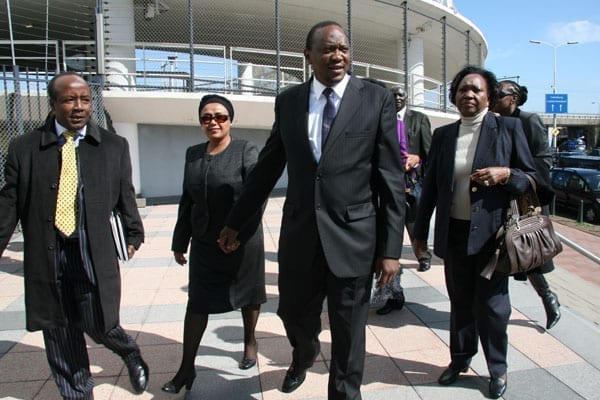 PRESIDENT Sata has opposed the International Criminal Court’s indictment of Kenyan President Uhuru Kenyatta for the violence that characterised Kenya’s general elections in 2007.

“First of all, what jurisdiction do they have? You have to look at jurisdiction; there are more cases in Europe which they are not dealing with. ..If you find a Kenyan President or Zambian President is at fault, let the Kenyan people or Zambian people deal with him. You the Kenyan people, if during the struggle or during elections you killed each other, bring the people who killed you to book, that is what we do in Zambia.

“They are going back to the old days of colonial era where they used to grab us. This is the time when Africa should be looking at its own affairs. We shouldn’t allow a foreigner to come and interfere with us,” Mr Sata told journalists on Friday evening after attending the meeting of the Committee of 10 Heads of State on the UN Reforms.

Mr Sata urged Kenyans to bring to book anyone who killed over 1,000 people during the elections as opposed to trying suspects abroad.

He said Africa now seems to be controlling its own affairs owing to the increased number of people who have taken up responsibilities that were previously a preserve of colonial masters.

“There are very few African countries where there are wars now apart from Congo DR and the fight in Congo is not by the Congolese; it is the outsiders who would like to control Congo because of the minerals,” he said.

The President said what young people do not understand is that the biggest problem in Africa is unemployment.

“If we can have you young people occupied, you are not going to be used for shedding blood against each other…we need to make you occupied because you are too intelligent and when you and your young girls are lazy, you will always want to create problems for us,” he said.

The President further called for an end to racial discrimination in Africa, adding that all communication barriers should be addressed.