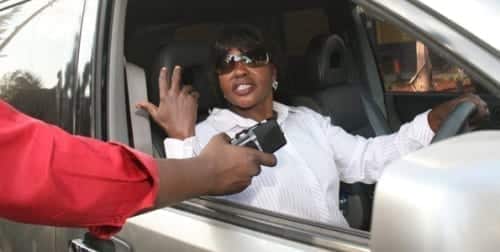 NAIROBI, KENYA:A Man accused of having a love affair with former Minister Raphael Tuju’s wife was found dead in a house in Nairobi’s Upper Hill area.

The former officer had been named in a divorce petition filed by Tuju, who is seeking to legally end his 27-year marriage to Ruth Akinyi Wanjare, with whom the former presidential aspirant has three children.

The body of Tony Ogunda was found on the sofa set of a friend’s house, which also belongs to Tuju.

“This is a case of sudden death and our officers are investigating it. We do not know what caused the death,” said Muli.

The main house of the compound serves as the offices of Kenya Hope Foundation, along Matumbato Road, which is linked to Mr Tuju.

According to police Ogunda had been with his friend Collins Okoth on Monday night on a drinking spree before they went back to the house at about 2 am.

Okoth said in his statement to the police that they went to the city centre for a while on Monday before walking downtown to Relax Pub along River Road where they had drinks until about 1.30 am.