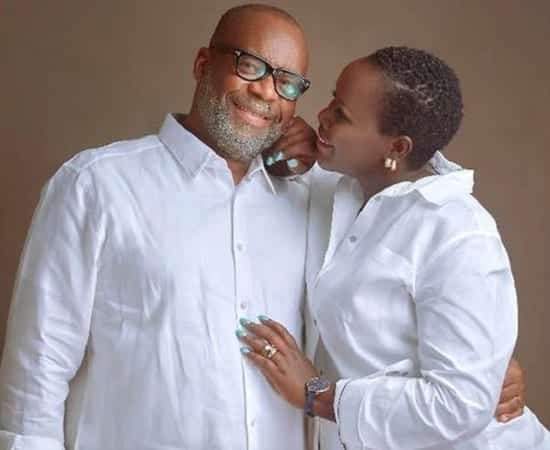 So one of my favorite Kenyan songbirds got married a couple of weeks ago.

Unfortunately, I did not make the guest list, but I was certainly chuffed for her — a good wedding always lifts my spirits.

My good spirits were, however, replaced by anger when I went online and read hundreds of negative comments regarding the nuptials.

She is a gold digger, they wrote about the bride. Clearly they forgot that the girl is a millionaire in her own right, but I suppose some people think there is always space in bank accounts for extra millions.

She is fame-hungry, others wrote. Also, clearly, they forgot that she is one of the most famous people in East Africa. I am pretty sure she is popular in the diaspora — but some people say that fame is like a drug, you need to have more and more of it.

They called her ugly. Really? Now that is downright nasty. Those who live in glass houses should not throw stones — you think she is ugly?

You should know what your ex says about you. And why are people bothered about her looks? It is not like they would be the ones waking up next to her every morning.

Some said he is too old for her — well, the last time I checked, there is no law against marrying somebody who is too old, and anyway, old is relative. What some consider old might be just right for somebody else.

Many comments were not print-friendly, but the bottom line is that the coming together of the two famous people seemed to have irked too many Kenyans and too many Nigerians.

The girl, whom in my opinion is actually quite a looker, not to mention her amazing voice, is a human with feelings.

These people with nasty comments, did they realise that they were hurting her very deeply, dimming what should have been one of the happiest days of her life?

One can only hope she did not read those comments.

Was it the green-eyed monster that could not be contained anymore? Was it the realisation that her life seemed to get better and richer and more famous?

Did they realise that they perhaps had no chance in the world of matching her lifestyle and the only thing they could do is mudsling for their own benefit? Just to lie to themselves that her life is not all that?

What about the famous and extremely rich Nigerian? Do these killjoys reckon that, just because he is famous and rich, he should not be able to fall in love?

Perhaps they think he should be put in a museum for mere mortals to admire? Does it mean that when you are rich you should get married because — well, the women would only be interested in the money and not the person?

And what if that is the truth, is that not his business — his risk to take? Who are these people, these brothers who are only looking out for his interests? Yeah right. Green-eyed monster all the way.

One can only hope that all the people who made vindictive comments are now wallowing in shame, as they should be.

People should learn to mind their own business.

A marriage is between two people. Only they know why they got together, the rest are spectators who do not have to agree with their choice.