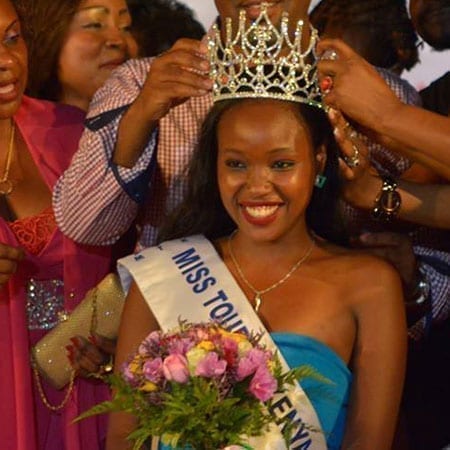 In a bid to promote Kenya’s 47 counties as tourism and investment destinations, a one of a kind beauty pageant was launched and just like any new project, the event has gone through one hurdle after another since its initiation in different counties .

In the end,the battle was rounded up to 41 contestants after six counties(Lamu, Isiolo,Mandera, Garissa, Moyale and Kilifi) were not represented in the final competition. It is 21 year old, Anne Wughanga from Taita Taveta County who stole the night after beating 41 other contestants to emerge this year’s winner of the coveted Miss Tourism Kenya title.

The grand finale went down last Friday night at the southwest shores of the Indian Ocean in Mombasa bringing to an end the long journey for the search of the face of tourism in Kenya.The event was a well organized glamorous affair graced by governors, senators and Members of Parliament, who all came out to support the great cause and witness the battle.Mombasa Governor Hassan Joho had this to say,

“The pageant has brought together communities and has played a big part in the ongoing reconciliation exercise in the country,”

Anne, a United States International University (USIU) business administration student led the pack and was followed by Kajiado’s Marion Kisoso, 23, also a USIU student and Marsabit’s Qabale Duba, who both walked away with the Love and Peace and Culture and Investment awards respectively. Mombasa County’s Aisha Habiba, 23, together with Machakos’ Elizabeth Matia, Marion Kisoso and Narok’s Marley Sianto won awards in the environment categories. 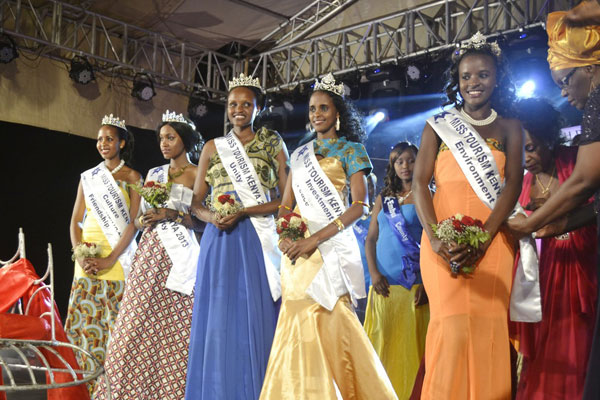 Wetangula was not drunk during quarrel with KQ staff-Senators