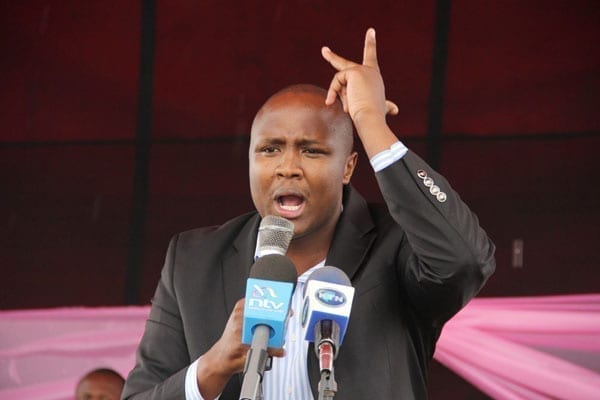 Several differed with Nandi Hills MP Alfred Keter over his criticism of President Kenyatta and his deputy, Mr William Ruto, over the appointments.

“The party doesn’t support the stand taken by one of us, Alfred Keter, that retired civil servants and former MPs should not be appointed into key positions,” said Mr Koech, who an executive officer for Mr Ruto’s URP.

They were speaking at the Kipchoge Keino Stadium in Kapsabet, Nandi County, at the weekend.

What has evidently split the North Rift and South Rift leaders is the picking of former civil servants to head State corporations.

Some have dismissed the appointments claiming that URP and TNA supporters had been side lined for the benefit of a few well-connected people.

Mr Koech defended President Kenyatta and Mr Ruto, explaining that public service regulations were clear that the Head of State had powers to appoint chairpersons of public boards.

Only the positions of chief executive officers must be advertised as holders must serve on full-time, he argued.

Mr Tarus said that Kenya belonged to all and not just supporters of URP and TNA.

“Qualified Kenyans must be given jobs regardless of where they come from or who they voted for in the last General Election,” he said.

Koech said that counties must deliver service and stop the culture of giving key contracts to friends of governors in counties.

“This country is for all of us Kenyans and not those who are loyal to URP and TNA only. Qualified Kenyans must be given the job regardless of where they come from or who they voted for in the last general election,” said Mr Tarus. Thugs burn MCA cars after they failed to access her house