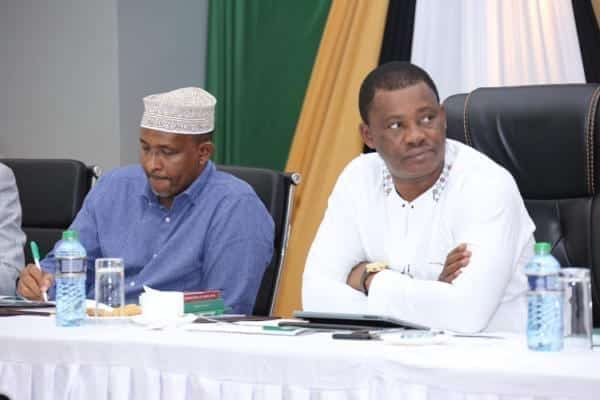 “I am not anyone’s title deed,” he said on Friday when referring to reports in a local daily that he had dumped Deputy President William Ruto.

There were reports of a rift between Duale and Ruto over the referendum debate.

Duale has called for a change from the presidential to the parliamentary system of government.

Ruto, has on the other hand, been opposed to a referendum.

Duale urged journalists to remain neutral, adding that some of their interactions on social media betray them.

“How will I appear in your show when all the comments online clearly suggest your political inclination,” he posed.

Cornell University Kenyan graduate making a difference in the Community

Nollywood actress, Rita Dominic to star in a Kenyan film

Constant Dreams: Confessions of a Kenyan Student in Michigan.

Isaac Ruto: I Do Not Know JAP