Zeituni Onyango, President Obama’s Kenyan-born aunt who passed away on Tuesday in a rehabilitation home in Boston, Massachusetts, may have had relatives in high places, but she lived and died in poverty.

Extensive investigations carried out by the Sunday Nationreveal that for most of her life in the United States Zeituni lived a life of isolation, loneliness, want and scarcity at times going to sleep without knowing where her next meal would come from.

Living on welfare was common knowledge, but we can reveal that beyond that, President Obama’s aunt lived in squalor in one of the poorest “project” houses in South Boston and depended on good Samaritans to bring her food or take her out for shopping and church. She never owned a vehicle.

“For a Kenyan-born woman who once had a good job back home, a happy family life and a promising future, life in the America was anything but good. And this tended to really disturb her, and so she chose to isolate herself for the most part,” says John Maina, a long-time friend who has since moved back to Kenya.

Mr Maina, who used to visit Zeituni regularly when he lived in Boston, says she was sick for a long time and was in no position to find and hold onto to a regular job.

“That is one of the reasons why she was housed by the state in public housing in South Boston, a poor neighbourhood, in a one-bedroom apartment,” he said.

Her situation was made worse by the fact that for a long time, she didn’t have legal documents to live and work in the US.

For the immigrant community, especially the Kenyan community in the US, to become a “public charge” or to live on welfare as it is commonly referred to in the US carries a big stigma even for those with some form of disability.

There are many older Kenyans who moved to the US for some reason and who later chose to remain there without proper legal documents. Most of them don’t have regular jobs. but they are always taken care of by the community, mostly within a church set-up. Resorting to welfare is very rare indeed.

“When it gets to that point, most people choose to pack up and go home or do some crazy stuff to go to prison. That is why the whole Zeituni Onyango story, sad and heartbreaking as it is, has never made sense to me,” says Simon Kariuki, a Kenyan resident of Boston.

Mr Kariuki says that even though he never met Zeituni, he had been following her story in the press with a keen interest.

But it is probably Bishop Joshua Wambua, senior pastor at Rapture Harvest Mission in Wakefield, Massachusetts, a church that Zeituni attended from time to time, who has a complete picture of the kind of pain and suffering that Zeituni went through.

“Auntie was a proud woman who, despite the fact that she was related to the President of the United States, never exploited that association. She chose to live a simple, isolated life that was full of pain and suffering, at times because of her sickly state and immigration woes,” Bishop Wambua told the Sunday Nation.

Although Zeituni was associated with President Obama, Bishop Wambua knows that she never received any support from the President himself or the White House.

“In fact, for the most part, that association tended to harm her rather than help her, contrary to common belief. One of the reasons she chose to isolate herself was because she thought by doing so, she would be protecting the President. She chose to stay indoors, at times without food, to keep off the press, that hounded her.”

Zeituni Onyango was the step-sister of President Obama’s father. Mr Obama wrote about her in his 1995 memoir, Dreams From My Father. In the book, the President acknowledges that she served as his guide in Kenya and his guide to some “painful” family history during his visit to Kenya in 1988.

Zeituni used to travel to the US from Kenya on a visitor’s visa, at times under the invitation of Obama, then a community organiser and, later, senator in Chicago, Illinois. It is believed that part of the reasons she chose to apply for refugee status when her visa expired was because she had marital and health problems.

“When I first met her, way before Obama became president, she was suffering from some health complications and it seemed she had had been unwell for some time. I don’t know whether she got the disease from Kenya, or from where she was living at the time in the “projects,” says Maina.

But it seems there was little or no contact between her and the president as her immigration woes intensified. She, however, attended his inauguration in 2009, but the two apparently did not see each other.

Zeituni moved to South Boston on a visitor’s visa in 2000 and sought political asylum in 2002. It was denied in 2004, and she was ordered to leave the country, but she did not. When her story came out, many Kenyans back at home were surprised that she cited “threats to her life” as grounds for applying for refugee status.

What they didn’t know is the fact that, many Kenyans had cited alleged threats from Mungiki and had been granted asylum.

In Boston, Zeituni lived in relative anonymity until just before the 2008 presidential election, when the Associated Press reported her illegal status. The Times of London found her in what it described as “some run-down public housing”.

At the time, aides to President Obama said that he had not known that she was in the US illegally and that “any and all appropriate laws” covering her situation should be followed. The aides said that he would not intervene in her case and that the two had had no contact.

When media scrutiny intensified, she moved to Cleveland, and was briefly hosted by the Kenyan community. It is in Cleveland that she met Ms Margaret Wong, an immigration attorney who helped her obtain a green card.

In Boston, Judge Leonard Shapiro granted Zeituni asylum in 2010 but she died before being granted citizenship.

“It breaks my heart to know that auntie was found dead in the morning in her bed … just like that. She lived alone and died alone with all this notion of having people in high places,” said Bishop Wambua.

It is because of the way and manner in which she lived her life that when she passed away early Tuesday morning at a rehabilitation hospital from complications associated with cancer she has had for a long time, there was a lot of confusion because there was nobody to receive the news of and confirm her death.-nation.co.ke 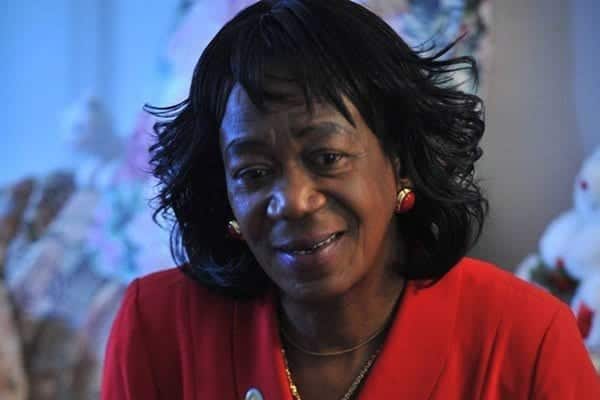