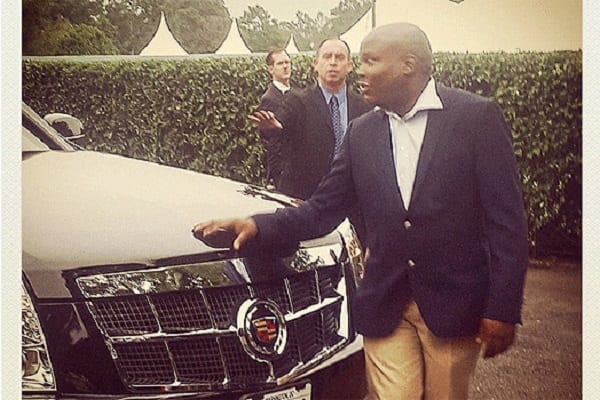 President Uhuru Kenyatta’s private secretary Jomo Gecaga was Friday accused of being a groupie when he posted a picture on social media posing next to US President Barack Obama’s vehicles.

Mr Gecaga posted two images, one showing him next to one of the advance vehicles that looks like ‘The Beast’ and another where he is touching the bonnet.

The latter lit Instagramers as a man in the background is seen issuing instructions (orders if you like) to Mr Gecaga.

A letter to my daughter-Life is not an easy journey

When you open your hood in Kenya,several road – side mechanics show up