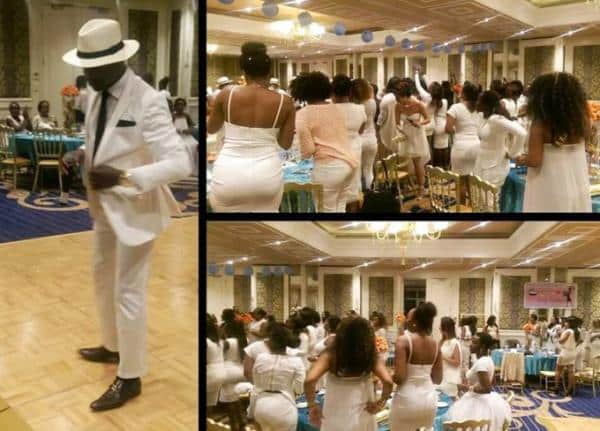 A rich Nairobi businessman named Chris Okeyo Obure has thrown a baby shower like no other in Kenya. Doing it for his months-old pregnant wife, he held the flashy event at Villa Rosa Kempinski. Those invited to the ceremony came dressed in pure white from head to toe as it was an all white affair.

Unlike the other ordinarily-conducted baby showers, this one had an emcee and a deejay who happened to be Eve D Souza and Dj Protege respectively. There was plenty of sumptuous meals and expensive drinks.

Below are photos from the glitzy affair.