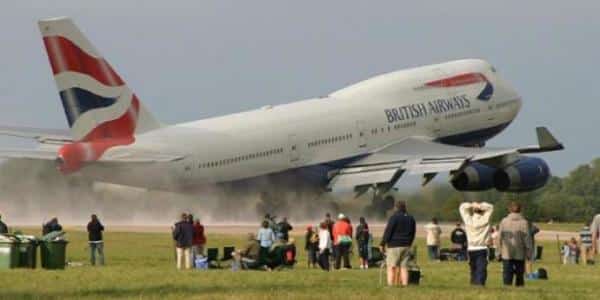 British Airways has finally agreed to compensate girls from Kenya, Uganda and Tanzania who were sexually assaulted by one of the airline’s pilot.

It is reported that among the minors molested between 2003 and 2013 were 12 Kenyan girls, with the total number of victims said to be 38.

The UK Airline agreed to pay up an undisclosed amount of money to the victims but maintained its distance from the gruesome acts of the pilot.

“The allegations against Simon Wood have been shocking and horrifying. Though we do not bear any legal responsibility for Simon Wood’s actions, we recognise the impact they had on his victims and the distress and suffering they caused. This recognition is reflected in the agreement we have made with the victims’ representatives, ” British Airways stated.

Kenyan Born US Naval Officer Sentenced to 25 Years For…

A mother of two victims said that Wood took her two girls (9 and 16) to Intercontinental hotel, where he pampered them with gifts bathed them before taking them out.

The pilot’s death, which was said to be suicidal, came 11 days before he could take plea in court.

HOW RAILA KEPT GUESTS WAITING AT EVENT FOR HOURS

Sad:Kenyan girl murdered in cold blood in Dubai by ex-lover

I wish my parents talked to me about sex-Juliet Otieno