– However, the Wiper leader has refuted the claims saying he never walked out of any meeting

Coalition for Reforms and Democracy (CORD) co-principal has addressed rumours that he walked out of the coalition’s meeting after disagreeing with his colleagues Raila Odinga and Moses Wetangula.

There was word on Thursday, June 9, that Kalonzo stormed out of a CORD meeting deliberating on the way forward regarding the IEBC stalemate.

However, speaking on Friday, June 10, Kalonzo disputed the claims saying that he did not walk out of the meeting as alleged.

He went further to justify his claims by saying that he is the one who suggested that Senator James Orengo and MP Eseli Simiyu be included in the five-man list tabled by the CORD to oversee the dialogue they have been demanding with the Jubilee.

“I did not walk out of any meeting. This is not a PR thing the way Jubilee is taking it. The electoral reforms that we are pushing for start from issuance of IDs, cleaning of voter registers and management of the election on the material day of voting,” Kalonzo said as quoted by Star.

Photos doing round media circles show Kalonzo apparently on his feet leaving a meeting attended by Rail and Wetangula.

In a press briefing later on, Kalonzo is conspicuously missing among his colleagues, something that fanned the speculation even more.

The meeting among the CORD leaders was convened after President Uhuru Kenyatta’s Jubilee side named its 11-member team to spearhead the talks on electoral reforms.

The CORD has been calling for dialogue with the Jubilee side in a bid to push embattled IEBC commissioners out of office. 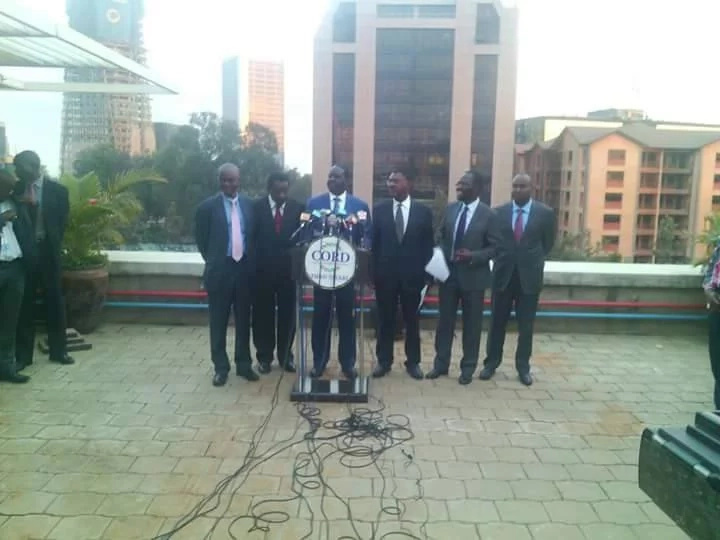 Kalonzo Musyoka was conspicuously missing at a press conference after the CORD meeting. Photo: Steeve Kewa/Facebook

The opposition went on to name a 5-member team on grounds that they reached an agreement with Jubilee when Uhuru invited Raila and Wetangula to State House on the eve of Madaraka Day.

Eventually, the CORD dismissed Uhuru’s list, saying the head of state wants a parliamentary system of resolving the stalemate, yet the opposition is advocating for talks like the Serena talks that happened at the height of the 2007/2008 post-election violence.

The CORD has now stated it will resume its street protest on Monday, June 13, and will also hold more on every Thursday.

Jubilee on its part has maintained that it has formed a team as demanded by the opposition and is not reneging on the same. 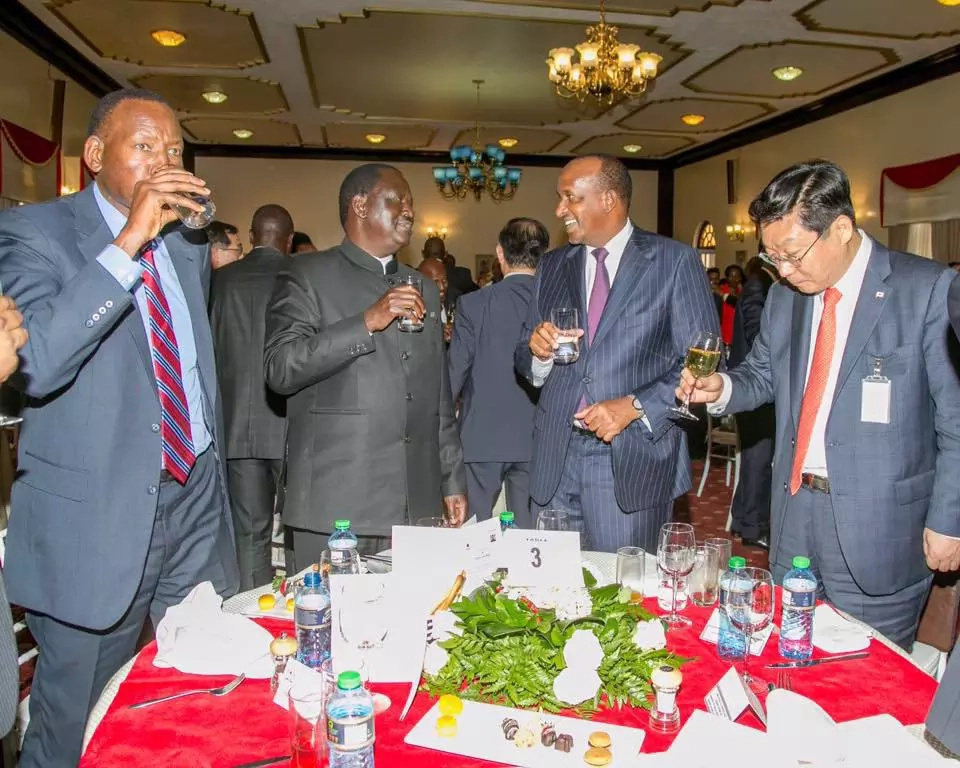 An even bigger stalemate looms even as the government has banned any street protests that it has termed unlawful.

Meanwhile, the IEBC commissioners have been urged to vacate office even as talks continue about their fate.

The latest to warn them is 2013 presidential candidate Peter Kenneth who said that it is time the commissioners quit because they will eventually leave office despite their hardlines.