Kenyan Woman Deported from the UK After 15 Years 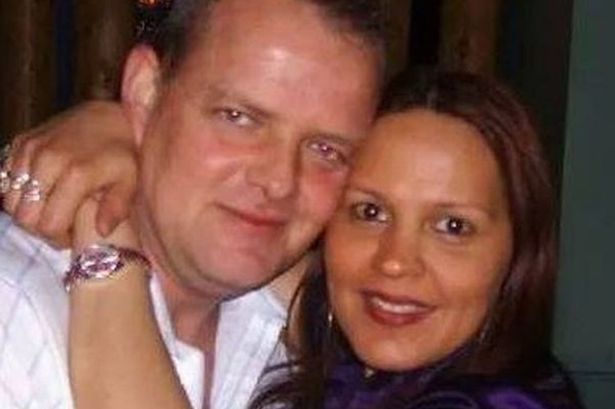 A woman who has been living in the UK for 15 years has claimed she has been deported to Kenya despite having no family in the country.

Zeenat Jamal, 43, has lived in the UK since 2001 and left Kenya with her four sisters, who she says now all have British passports.

Zeenat, who holds a Kenyan passport, is now due to fly to Nairobi after spending six years with her partner, Brooke Gaughan, who up until a month ago lived happily together in Dinas Powys.

Brooke and Zeenat met six years ago in London and decided to move to Cardiff in 2012, before settling in Dinas Powys two years ago.

With her sisters still living in London and building a life for herself in South Wales, Zeenat had settled happily in Wales with her partner.

Unable to work while her applications were being processed, Zeenat said she volunteered in Cardiff’s Cancer Research UK shops, first near Cardiff Central train station until it closed and then in Canton.

Having to present herself to the authorities every two weeks, Zeenat said that when she made her most recent application to become a British citizen she was told she was being detained at Yarl’s Wood Immigration Removal Centre and would have to be deported.

Speaking to Wales Online , Zeenat said she had had no correspondence to say that her application had been rejected.

“I had no idea. We’ve been waiting for ages. We were not aware that the application was rejected.”

Zeenat said all she wanted to do was call her partner Brooke to let him know what was happening.

“I just wanted to call Brooke because I knew he’d be worried. The next thing I knew I was in the detention centre.

“Every two weeks I used to go sign and I knew he’d be worried.

“He knows I call him every time. They did not care.

“We’ve been together for six years. We’re a genuine couple.”

Zeenat said she was told she would be deported on Monday but she has been allowed to leave the country and fly to Kenya voluntarily to avoid deportation, after Brooke bought her a plane ticket to leave.

With no family in Kenya anymore, Zeenat described the situation as “a nightmare”.

“All my sisters have got their British passports now. All my family’s in England.

“I haven’t got any family left in Kenya now. How am I meant to go back?

One of Zeenat’s sisters is travelling with her from Heathrow Airport to Nairobi so she won’t be on her own, and Brooke is planning to fly to Nairobi on Thursday – the day after his mother’s funeral.

“We’re going to take it from there”, Zeenat said.

“It’s been a nightmare.”

Brooke said he has been left trying to cope with organising his mum’s funeral and plans to fly to Kenya.

He said: “All her sisters have been granted rights to stay.

“It’s an absolute nightmare, so unfair. She’s got no family. Her sister’s had to give her job up to go out with her.

“She’s such a nice person. The way things have been done is just barbaric

“We are now at the stage where I’ve had to pay for a ticket myself.

“All her family are here now. I will sort this one way or another.”

Brooke said the whole situation has affected his family and upset his 11-year-old daughter.

He said: “We were a family. She’s gone in there with just her handbag – never been in trouble, never been arrested in her life.

There are several different ways to become a British citizen. The most common is called ‘naturalisation’, which can be applied for if the applicant is over 18, of good character, has met the residency requirement, knowledge of English and life in the UK requirements, and plans to continue to live in the UK.

A Home Office spokesman said: “We do not routinely comment on individual cases.

“All applications are carefully considered on their individual merits, in line with the UK immigration rules.”

I clashed with Kivuti after devil visited me in person – Mbarire