A 17-year-old boy from Mutuati, Meru County is recuperating at Meru Teaching and Referral Hospital after his hands were chopped off on suspicion of stealing miraa.

The boy, who hails from Mporoko village, was attacked by seven men, some who are known to him while coming from a nearby shop.

He sustained a deep cut on his head while both hands were chopped off at the wrist during the 9pm incident. 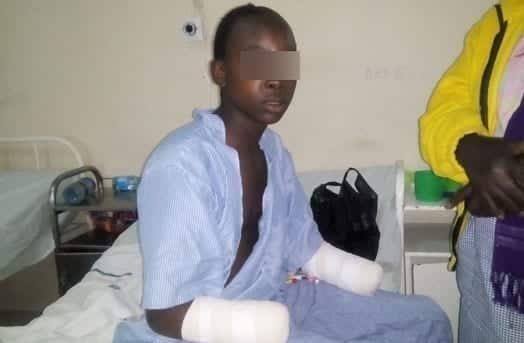 Speaking to Nairobi News from his hospital bed, the victim said he identified the assailants who included two young men, their father and grandfather.

The gang was armed with long machetes that are commonly known as ‘sealine’, and are mostly used by miraa guards at night.

“I was walking home on a path next to their farm when one of the men called me. Because I knew them, I went where they were. They started accusing me of being a miraa thief. While I was defending myself, one of them jumped and cut me on the head,” he recounted.

While he was writhing with pain on the ground, they started discussing how they should punish him. 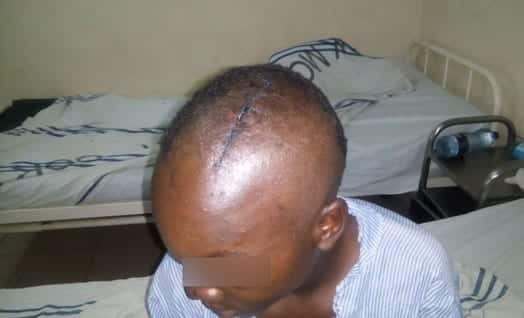 “One of them said they should not let me go without chopping off my hands. Their father tied my hands and placed them on a post. That is when their grandfather cut one of my hands and asked his grandsons to chop them off,” he said.

The assailants then stripped him before dragging him and leaving him for dead in the middle of the nearby road.

According to the victim, they stripped him naked so that he could not walk home, since it is a taboo for a circumcised man to walk naked.

“I hid myself in the bush until around 12am when I walked home. I reached home at around 2am,” he said.

He said the attackers, who are from a wealthy family, told him that he could not do anything because they had the money while his parents are poor.

He, however, said four others, including a certain Kibundu M’itirikia are being sought by police.

“This is a very inhuman act and the suspects must be brought to book. As the family lawyer, we I will leave no stone unturned until justice is done for the family,” Mr Mbogo said.

He said there is need for punitive sentences against perpetrators of such crimes which were rampant in miraa growing areas.