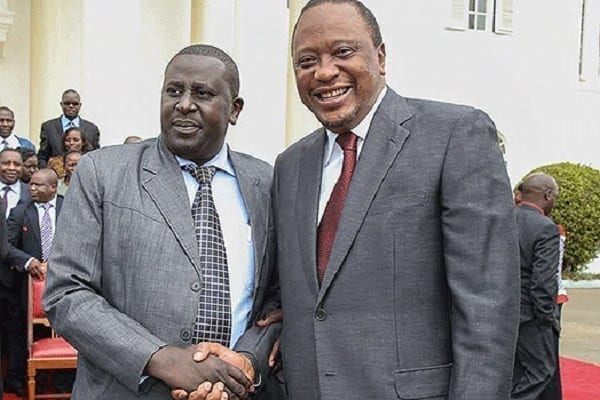 A Member of County Assembly charged with insulting President Uhuru Kenyatta now wants the Head of State to testify in court in person.

Mr Samuel Apoko, the MCA for Kiogoro Ward, Kisii county, is accused of undermining the authority of the President of the Republic of Kenya, contrary to section 132 of the Penal Code.

Mr Apoko had reportedly said on August 28, 2013 that “those close to President Uhuru Kenyatta should advise him to stop smoking bhang”.

However, on Monday the MCA said he wants President Kenyatta to personally give his side of the story in court before anyone else can testify in the case

Through his lawyer, Gideon Nyambati, he objected to another witness testifying before the President. He stated that the law requires the complainant to testify first before any other witnesses present their testimonies.

“The law states that any other person who wishes to testify must do so after the complainant has issued his testimony,” Mr Nyambati argued.

Appearing at the Kisii cagistrate’s court, Mr Nyambati said that the accused person is entitled to adduce and even challenge the evidence where such a procedure is not followed.

The defence further stated that they were not objecting to the testimonies of the other witnesses, but rather to the fact that until now President Kenyatta had not appeared before the court to give his testimony.

“We have no objection to the eye witnesses giving their accounts but have a problem that the complainant has not availed himself,” said Mr Nyambati.

The prosecution, however, termed the defense’s demand as hearsay claiming that the President under Section 129 of the constitution, has executive authority derived from citizens of Kenya.

Mr Tom Imbadi from the office of the Director of Public Prosecutions in Kisii County said calling President Kenyatta to the witness stand would compromise his safety.

“The President must be protected and his views always taken into serious consideration,” said Mr Imbadi.

Mr Imbadi urged the court to exercise extreme judicial consideration and deny the defence its request.

Mr Nyambati dismissed the prosecution’s response, saying that according to the Kenyan Constitution, the President is neither prohibited from attending court proceedings or from appearing before the public.

According to the defence, the president is a public figure who attends numerous public functions and therefore his appearance will put him in no more danger that that he is exposed to during public rallies.

“The Head of State is not legally exempted from appearing in court or the public. In fact, the President has in numerous occasions been seen mingling with the public and was recently seen dancing at Kasarani stadium,” said Mr Nyambati.

The only persons exempted from such an appearance, according to Mr Nyambati, are sections of women under religious obligations.

However, Mr Apoko claims that during the State House visit by Kisii MCAs two months ago, the matter was resolved as indicated by the Director of Digital Communication at the Office of the President Dennis Itumbi.

The ruling on whether President Kenyatta will appear before the court will be made on October 28, 2016.

I am not a magician, says CJ Mutunga

Kenya Embassy will only engage with registered Diaspora Organizations