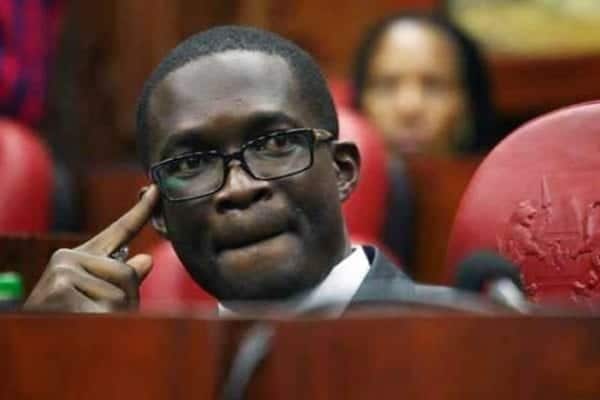 Besieged electoral agency CEO Ezra Chiloba has signaled he won’t quit, even as NASA stages street protests to force him and other officials out.

Chiloba yesterday categorically told the Star he and his team are focusing on the repeat polls on October 26.

â€œPeople should focus on preparations for the elections,â€ Chiloba said.

“I have no comment,” he said when asked if he would yield to mounting pressure to resign.

This amid a raging stalemate.

The stage is set for a bitter confrontation with Opposition chief Raila Odinga and his lieutenants who promise the ‘mother of all demonstrations’ today.

NASA says Chiloba and others botched and rigged the August 8 General Election and cannot be trusted to handle a rerun.

If the protest is deemed illegal, there could be an ugly confrontation.

Security will be tight. The IEBC’s Anniversary Towers headquarters will be locked, cordoned off and protesters will not get close.

“We will be there until reforms are effected. The officers who bungled the elections must be sent home before we agree to go into the repeat election,” he said.

Ugunja MP Opiyo Wandayi added, â€œWe will start the grand march to remove the IEBC staff implicated in bungling the elections. There shall be no relenting until they quit office.”

Chiloba is at the centre of the protracted standoff and the NASA coalition has called for his sacking.

NASA pledges it to boycott the rerun if it’s supervised by Chiloba and ‘indicted’ secretariat staff.

Speaking while campaigning in Embu yesterday, Uhuru Kenyatta warned NASA supporters would be met with the full force of the law if they attempt to disrupt businesses.

â€œWe know they have planned demos, tomorrow (today). That is their right. But if they try to loot shops, block roads and harass motorists, then they will know there’s a government in power,â€ a fired-up Uhuru said.

He said Raila is an ordinary citizen who holds no elective office and has no mandate to call for sacking any public officer.

â€œIf he is not ready for the election, let him stay at home and allow those of us who are ready to continue,â€ the President said.

The opposition is pushing for a broad range of reforms, 12 â€˜irreducible minimums’. In addition to sacking staff, it wants a new printer, technology provider, access to IEBC servers and other things.

IEBC changed the rerun date to October 26 from October 24 after realising the enormity of preparations required.

Buoyed by the full Supreme Court judgment that did not point the finger at staff, Chiloba appears determined to stay put, despite internal wrangles and a public stalemate.

The CEO has previously clashed with commission chairman Wafula Chebukati in leaked confidential memos that shed light on what went wrong on August 8. One leaked Chebukati memo demanded Chiloba answer for major sins of commission and omission.

NASA has based is case against Chiloba in large part on memos as proof of his responsibility.

IEBC bosses are expected to meet tomorrow with Uhuru, Raila and their representatives at the Bomas of Kenya, Nairobi tomorrow.

In response to NASA demands, IEBC announced it will go ahead to engage the controversial technology firm, Safran Morpho. It dismissed a number of irreducible minimums.

A transparent and publicised dry run of KIEMS connectivity and performance in results transmission will be done before the repeat poll.

The firm says there was no wrongdoing and says a company a audit found no problems.

â€œDue to time constraints before the fresh election, the commission will continue to manage the ICT/KIEMS system implemented by OT Morpho/Safran,â€ Chebukati said in the letter to NASA.

Chebukati said the commission still has a two-year contract with Al Ghurair to print elections material and UNDP offered to fund the contract.

The commission said it would use both a cloud server and a back-up platform but stressed the ICT infrastructure and protocols will adhere to international best practices.

The IEBC letter said it would not take directions from anyone on staff dismissal.

â€œThe commission reiterates its independence as a constitutional body under Article 249 and calls on parties to desist from directing it on issues related to its personnel,â€ Chebukati said.

He said the commission, he said, is studying the Supreme Court judgment with a view to taking action against some returning officers who might have engaged in illegalities.

Director of Public Prosecutions Keriako Tobiko has asked the police and anti-corruption agency to investigate the electoral commission for misconduct.

The DPP has also asked investigators to examine allegations that two senior opposition officials had gained illegal access to the commission’s servers.